Do Virtual Courts Reserve Access To Justice Only For The Privileged Few? 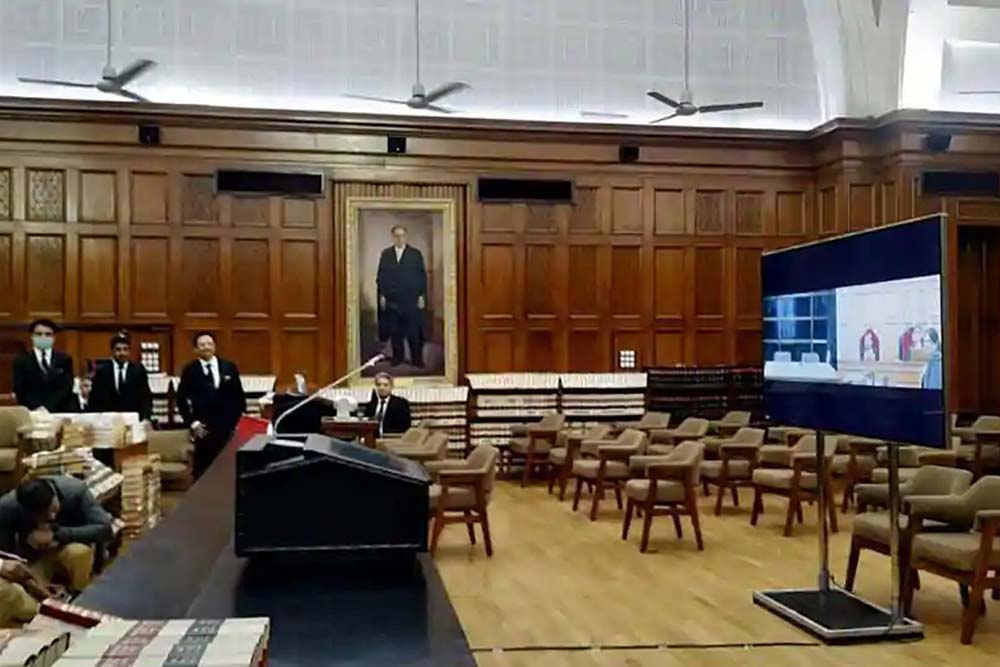 Puneet Nicholas Yadav May 01, 2020 00:00 IST Do Virtual Courts Reserve Access To Justice Only For The Privileged Few?

At 8.07 pm on April 23, Arnab Goswami, the editor and owner of Republic TV, moved a petition in the Supreme Court demanding an urgent hearing to quash multiple FIRs filed against him by Congress leaders in various states. The FIRs had sought Goswami’s arrest on various grounds, including inciting communal hatred and making derogatory remarks against interim Congress chief Sonia Gandhi. The SC Registry scrutinised Goswami’s petition post-haste and listed it for hearing before a two-judge bench of Justices D.Y. Chandrachud and M.R. Shah at 10.30 the next morning.

With the SC having laid down standard operating procedures for listing and hearing only extremely urgent cases through video conferencing during the ongoing lockdown, the alacrity with which Goswami’s petition was heard raised eyebrows. More so, since scores of petitioners who sought a hearing by the SC much before Goswami continued to wait. Advocate Reepak Kansal filed a complaint with the secretary-general of the SC, alleging “discrimination” and demanded corrective steps against the...