The rally was as much the story of Mamata’s own personal ambitions as it was about the Opposition’s show of unity. 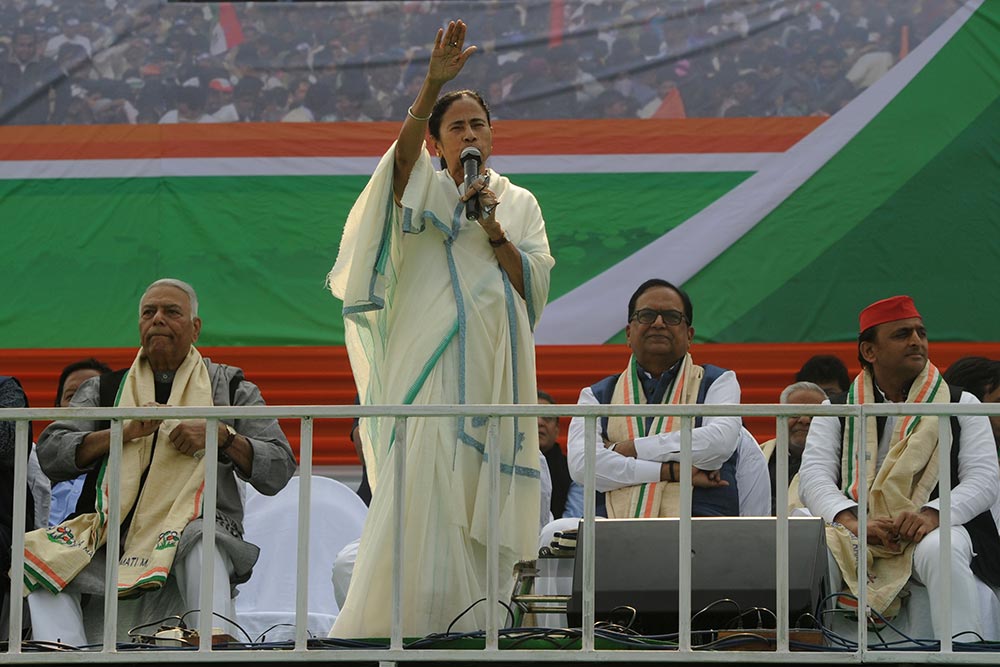 Winter haze hung over the iconic Brigade parade ground in the heart of Calcutta. A cutout of Trinamool Congress (TMC) supremo and Bengal chief minister Mamata Banerjee towered over a sea of supporters.  And the bold letters in Bengali on the cutout proclaimed the collective wish of a bevy of political leaders gathered for the ground-breaking event: “Chalo paltai, ebar amra Dilli chai (Let’s bring in change, we want Delhi this time).”

On January 19, Mamata achieved what many thought was impossible till a few weeks ago—barring Odhisha chief minister Naveen Patnaik’s Biju Janata Dal (BJD), she brought together virtually every major opposition party on one platform to launch what could be one of the biggest political conglomerations in India in rece­­nt times. The major takeaway from the gathering was that the TMC boss managed to cobble toge­ther a cohesive and viable alternative to the BJP with a single agenda to oust the Narendra Modi-Amit Shah duo. It was a rare show of unity among a group of parties which would...