Kashyap's story is Indian but his cinematic influences come from the West. A largely intoxicating film that turns exhausting towards the end... 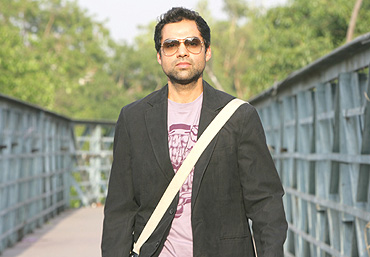 In a wonderfully composed scene, a married Paro (an explosive Mahie) meets her ex beau Dev (a perfectly slothful Abhay) in his hotel room. She chides him for the mess, asks him to take a bath and washes his filthy clothes. He says he loves her; she gets busy arranging his room. As always, they fight like animals. The Paro-Dev love is all about "biting" and "chewing", it’s lascivious and lusty and so shorn of sentimentality that you feel alienated from Dev rather than sympathise with him. The triumph of Kashyap’s revisionist take is that it puts Devdas in his place—a self-destructive loser, not a tragic hero (it’s he who rejects Paro, not his family, mind you). On the other hand, Paro knows exactly what she wants—sex or marriage.

The tenderness comes out in the protective friendship Dev strikes with Chanda (Kalki as the vulnerable Lolita)...