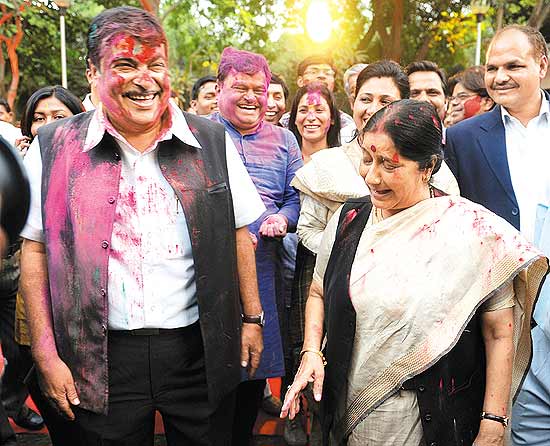 Narendra Modi’s prime ministerial ambitions are no secret. But a series of foot faults, stemming from the Gujarat chief minister’s fabled arrogance, appears to have made serious dents in his bid for the top slot.

Confident of sweeping the assembly poll due this year, Modi planned to renounce power to public acclaim and move to New Delhi next year as the BJP president. From that vantage point, he expected to lead the charge in the 2014 general elections.

Now, however, he seems to have alienated both the BJP leaders as well as the RSS. When Advani announced his nation-wide rath yatra against corruption in October, Modi sought to pre-empt him with his sadbhavana fast, an endeavour undertaken at state expense in Ahmedabad and advertised all across the country. However, Congress leader Shankersinh Vaghela’s counter-fast outside Sabarmati ashram reduced it to a Modi-Vaghela clash, with the latter bagging equal mileage at the former’s expense.

Modi also sulked and threw tantrums when his arch-rival Sanjay...