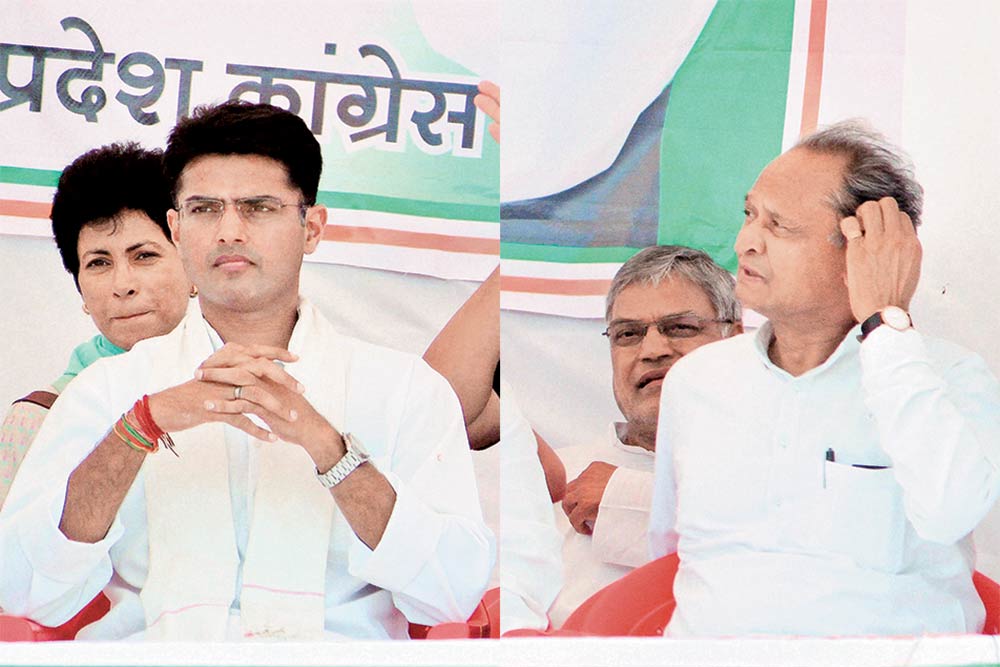 Rajasthan chief minister Ashok Gehlot is known to be a cool-headed politician—one not prone to betray his sentiments in public. Wily, back-channel political machinations had always been his forte. These facets of Gehlot have held him in good stead for the past 45 years of his political journey, allowing him to artfully sideline equally worthy competitors. Yet, over the past fortnight, as his government teeters on the brink of collapse in the face of Sachin Pilot’s rebellion, Gehlot has had two intemperate outbursts.

Earlier this week, Gehlot thrashed Pilot as a leader who went from being a Lok Sabha MP at the age of 26 years to becoming the deputy CM by the time he was 40 years old. “Mere good looks and command over English and Hindi don’t make you a leader; you need commitment and ideology too,” the CM, often mimicked by detractors for his near-­absent English skills, said of Pilot. Days later, he described Pilot as a “nakara aur nikamma” state Congress president.