Is democracy a hit with humans because it mirrors our myopia? 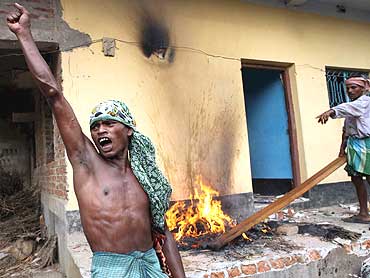 While we're still arguing about whether there's life after death, can we add another question to the cart? Is there life after democracy? What sort of life will it be? By democracy I don't mean democracy as an ideal or an aspiration. I mean the working model: Western liberal democracy, and its variants, such as they are.

So, is there life after democracy?

Attempts to answer this question often turn into a comparison of different systems of governance, and end with a somewhat prickly, combative defence of democracy. It's flawed, we say. It isn't perfect, but it's better than everything else that's on offer. Inevitably, someone in the room will say: 'Afghanistan, Pakistan, Saudi Arabia, Somalia...is that what you would prefer?'

Whether democracy should be the utopia that all 'developing' societies aspire to is a separate question altogether. (I think it should. The early, idealistic phase can be quite heady.) The question about life after democracy is addressed to those of us...