Demo And Other Demons In The Barn

The fresh farmer fury has a lot to do with demonetisation, bumper crop and a glut 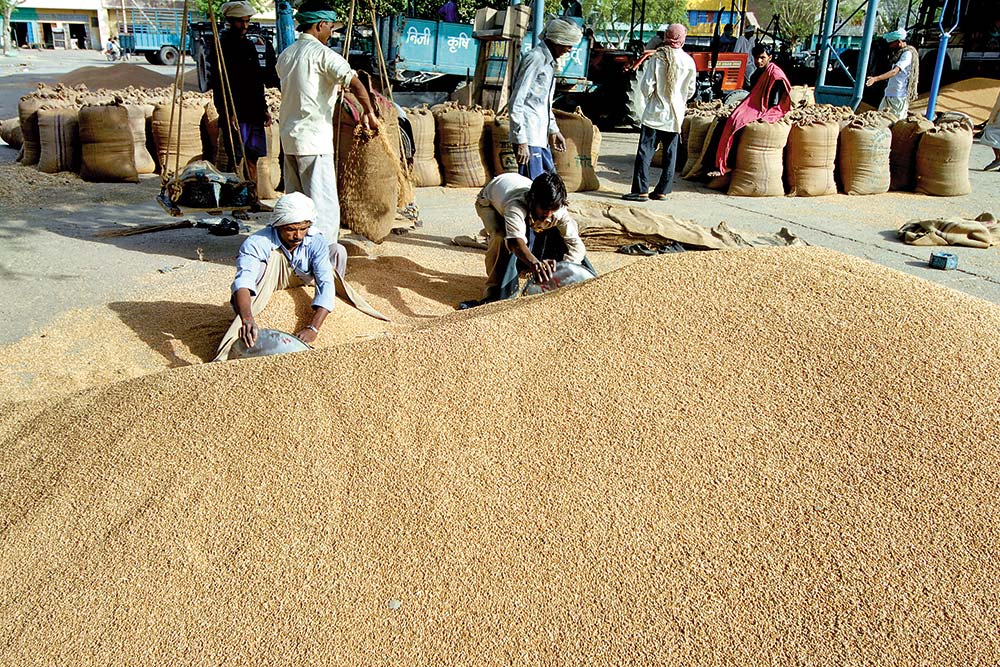 Photograph by Tribhuvan Tiwari
Lola Nayar June 15, 2017 00:00 IST Demo And Other Demons In The Barn

A bountiful harvest this time has left grave sickle marks across those into agriculture. It is, typically, a problem of ple­nty. Even as the government celebrates a record production of foodgra­INS (273.38 million tonnes) and horticulture produce (295 million ton­nes) after two years of drought, farmers in general are in the doldrums. The community is resenting in rising numbers in several states against low price and growing indebtedness.

Some administrations have responded empathetically, but failed to humour the aggrieved. Uttar Pradesh and Maharashtra have promised loan waivers, while Madhya Pradesh has assured to make ‘criminal’ any purchase of farm produce below the minimum support price (MSP). Nothing has calmed the farmers.

In the aftermath of an early-June police firing that killed five people in Mandsaur in central India, the farmers are in no mood to relent. They are planning different modes of protest. For instance, Rajasthan may witness a bandh with farmers not selling milk or vegetables and even boycotting public transport,...