The AGP was seen as a ‘traitor’. So its original crucible, AASU—the student body at the heart of the Assam agitation of the ’80s—forms a new party with an anti-CAA slogan. 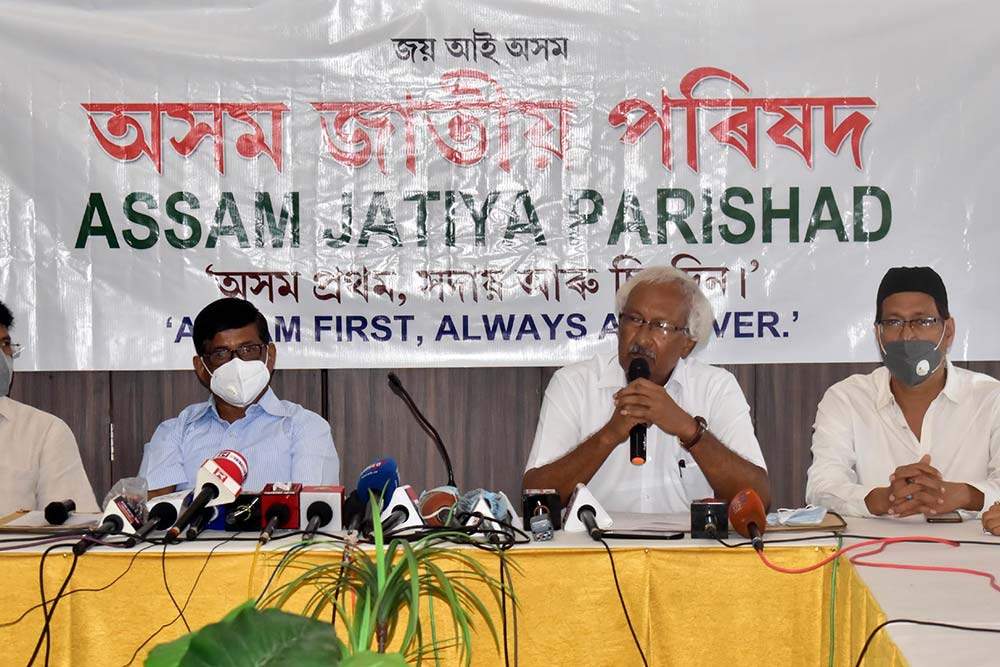 “The AASU will go fishing but it won’t touch the water.” The  banner headline screamed in Amar Asom, a widely-circulated vernacular daily of Assam. The reference was certainly not palatable for the influential All Assam Students’ Union, which had just a couple of days earlier floated a new political party, the Assam Jatiya Parishad (AJP), along with another organisation, the Asom Jatiyatabadi Yuba Chatra Parishad (AJYCP). The party will contest the assembly polls in 2021.

AJP, formed 35 years of the birth of Asom Gana Parishad (AGP), is the first regional party of Assam after independence. And like in 1985, the issue that led to the AJP is still the same—undocumented migrants allegedly flooding the state and the need for a force that will tackle the issue honestly. The immediate context for the new party is the contentious Citizenship (Amendment) Act (CAA), which was passed by Parliament last year.

Along with other parts of the country, Assam—in fact, the entire Northeast had witnessed mass protests against...