Degrees Of Pain On Calculus Of Caste

A new discourse on caste sweeps the campuses 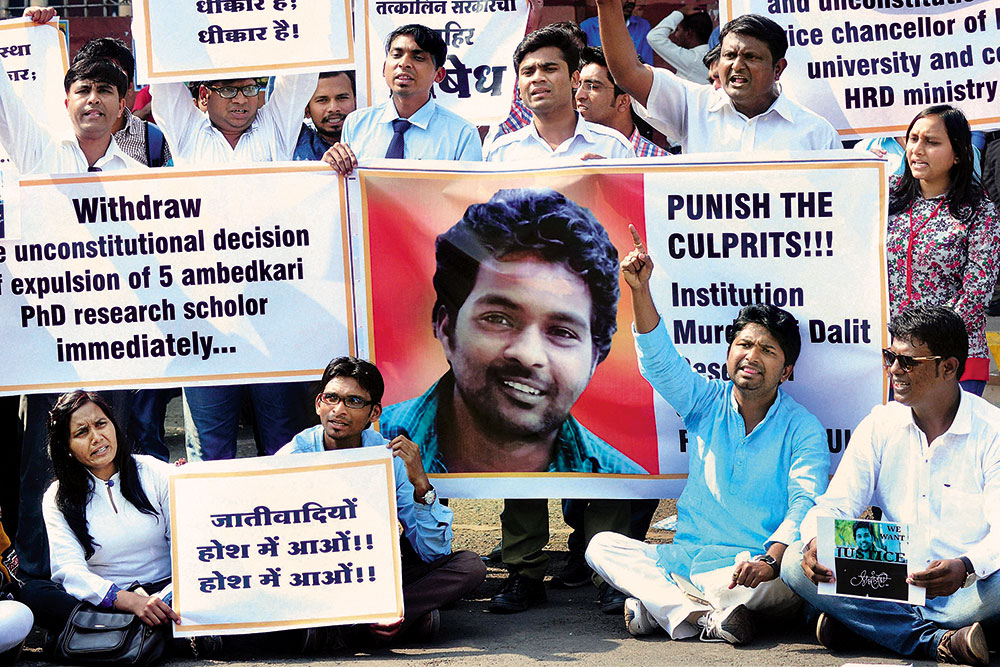 When 26-year-old Roh­ith Vemula left behind a heart-breaking suicide note on January 17, 2016, describing his birth as “a fatal accident”, a shocked nation stirred in anger. The accident, of course, was the Dalit tag, which dogged him all his life. But his death has started campus debates on caste and discrimination against SC/STs and other marginalised groups. This is not only happening at the University of Hyderabad (UoH), of which Vemula was a student, but at campuses across India—nothwithstanding efforts to play down how the suicide might have been precipitated by gross interference by a Union minister from the state and Smr­iti Irani’s HRD ministry in what was essentially a minor scuffle between students. Also being discussed is Vemula’s political journey, of how he started with the Students Federation of India (SFI), the student wing of the CPI(M), but later moved to the Ambedkar Students Association (ASA), where he discovered an ideology that appealed to him, one that aimed at a casteless, classless society.