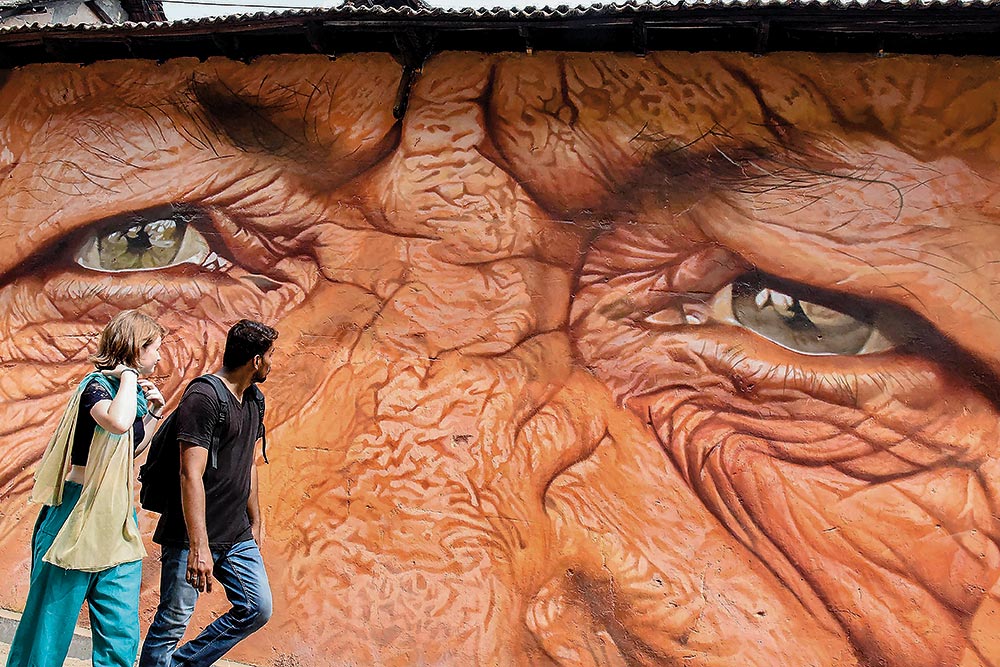 Image Of The Week
The Wall Can See Artwork from the fourth Kochi Muziris Biennale that began on Monday.
Photograph by PTI
December 12, 2018 00:00 IST Deep Throat

Who Let The Boys Out

Some unhappiness emerged in DMK chief M.K. Stalin’s move to take son-in-law Sabareesan along when they met Sonia and Rahul Gandhi in Delhi this weekend. Saba­reesan is credited with the DMK’s digital push and Sta­lin now expects the Cong­ress to keep Sabareesan in the loop during future dealings. But the arrangement is not going down well with Sta­lin’s sister and party parliamentarian Kanimozhi, hitherto the Delhi point person for the DMK. She is already peeved that Stalin’s son Udayanidhi did a much-publicised tour of the storm-hit districts but she was kept off the cyclone circuit.

An Ash Up Yadav Sleeves

Tej Pratap Yadav, the ‘rebel’ son of Laloo Prasad Yadav and Rabri Devi, may have been adamant on getting a divorce from wife Aishwarya Rai, but he has found no support whatsoever from his family. Far from it, Laloo is learnt to have chastised him for the divorce petition while Rabri has stood by her daughter-in-law. Tej Pratap has now been...