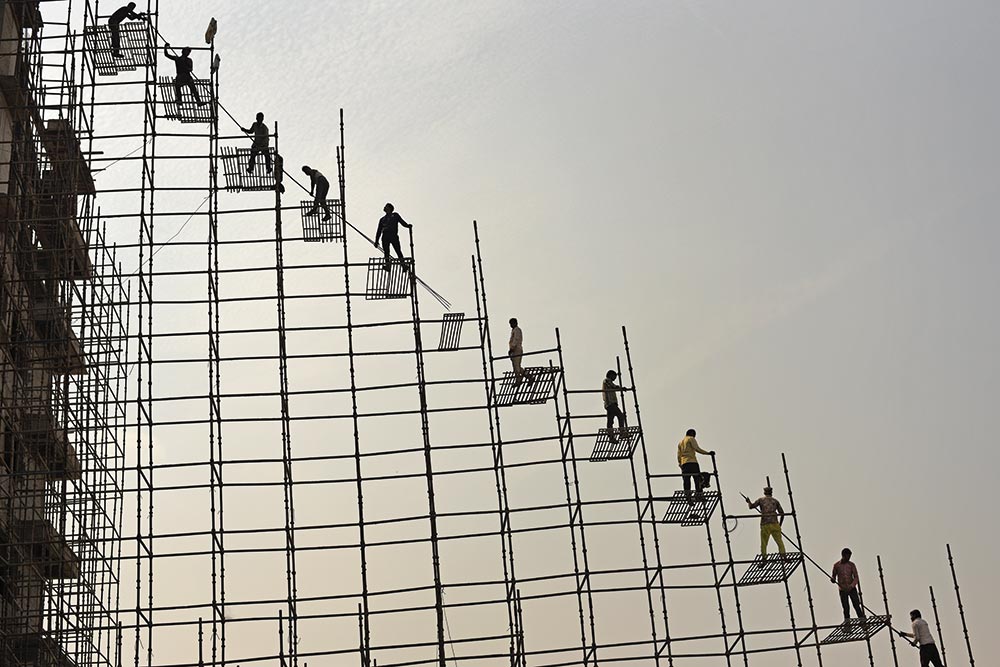 Image Of The Week
Stairway To Heaven? Labourers silhouetted against the sky at a hospital construction site in Greater Noida
Photograph by AP
November 28, 2018 00:00 IST Deep Throat

Whose Jacket Is It?

The smart, sleeveless jacket, the preferred attire of most men these days, has given rise to a raging debate. For long it was known as the Nehru jacket, as a tribute to India’s first Prime Minister. But since Narendra Modi’s emergence in the political scene, this has been contested. The current PM’s favourite  ‘bundi’ is now being called the Modi jacket, much to the chagrin of Nehru’s admirers. Recently, a third angle was added to it. A Bangladeshi diplomat seen wearing the jacket was asked what he preferred to call it. “The Mujib jacket,” came the reply. Can there be a debate over the Bangabandhu’s favourite attire?

For the past few months, the AGP has been threatening to snap ties with the BJP in Assam over the contentious Citizenship Amendment Bill. But it is still there, clinging on to the ruling alliance, citing different reasons. The AGP did it again on November 16. After a long meeting, its leaders said they will write...