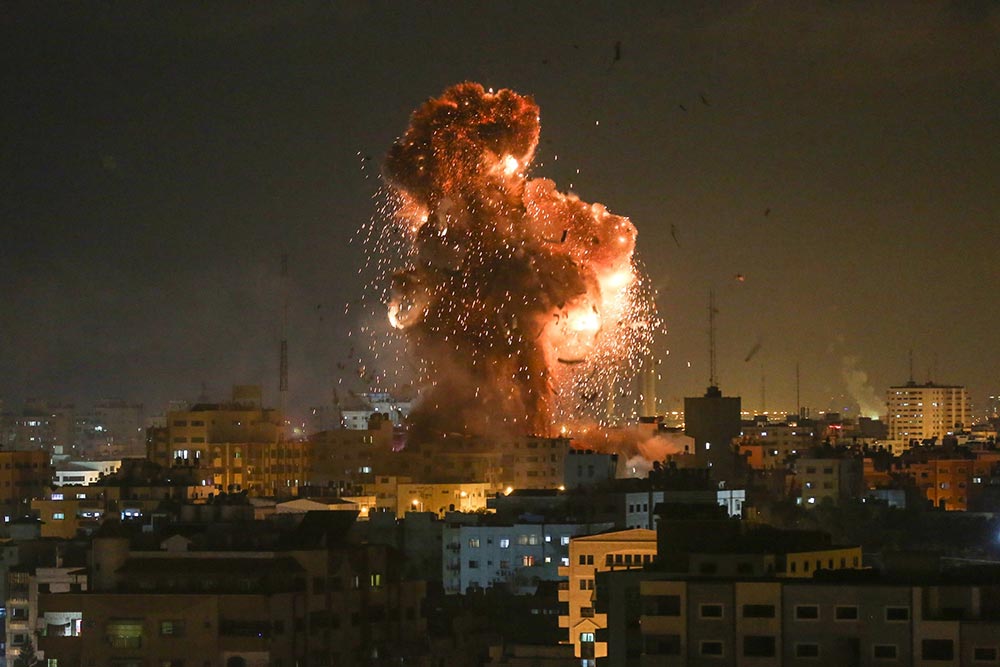 Image Of The Week
Trading Fire An Israeli airstrike blows up the Hamas-run Al-Aqsa TV office in Gaza on November 12. Israel bombed positions in the Gaza Strip after the Palestinian group Hamas fired rockets on Israeli locations in a renewed escalation of hostilities between the two neighbours.
Photograph by Getty Images
November 14, 2018 00:00 IST Deep Throat

BJP general secretary Ram Madhav attended a meeting with new Srinagar mayor Junaid Azim Mattu. Madhav and the mayor discussed development plans. It’s an interesting personal development too. Till a few months ago, Mattu had been a vocal critic of Madhav, calling him the “de facto CM of J&K” for meetings with state officials during the BJP-PDP rule, and also “unelected ambassador of the RSS with no sense of Kashmir’s history” . But after leaving the National Conference, he chan-ged his tune. And Madhav has responded kindly. After Mattu won the civic polls, which saw just three per cent voting, Madhav was all praises for him.

The Jinx Of Tipu

Tipu Jayanti came by when Karnataka’s ruling coalition, Janata Dal Secular-Congress, was in a jubilant mood after trumping the opposition BJP in a round of bypolls. But discretion, not valour, it appeared, marked the celebration of the birth anniversary of the 18th century Mysore ruler on November 10, over which the...