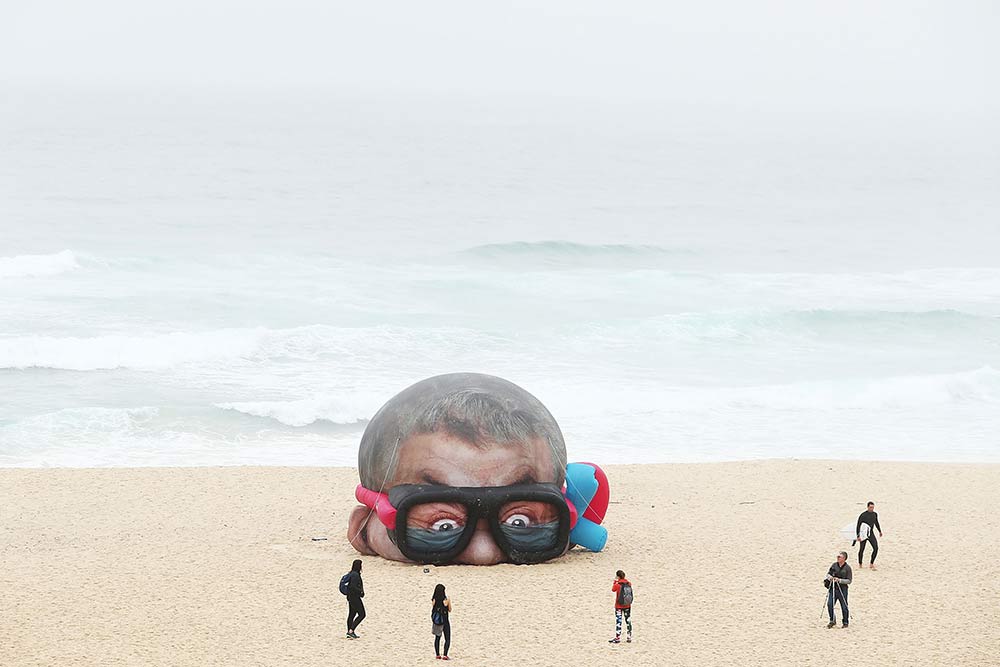 Image Of The Week
Damien Hirst Looking For Sharks, part of Sydney’s Sculpture By The Sea, commemorates the shark caught for the artist
Photograph by Getty Images
October 24, 2018 00:00 IST Deep Throat

If the grapevine in Bengal is to be believed, Rahul Gandhi’s recent visit to the state has confused two political parties—the Communist Party of India (Marxists) and the Congress itself. And much of it has to do with the past. In 2016, the Congress tied up with the Left for the assembly elections. But the CPM, it is said, is not sure which way it wants to head for the 2019 general elections. The alliance proved disastrous, as it did not make even a dent in Mamata Banerjee’s vote bank. So this time around, it is said Rahul may tie up with Mamata. But the state Congress unit still prefers the Left, notwithstanding the past.

The Press Club of India in Delhi has become the favourite venue for many for media briefings. Recently, author Arundhati Roy held a press conference there, criticising the government for “arbitrary arrests” of those described as Urban Naxals. Detractors of Modi government— Arun Shourie, Yashwant Sinha and Prashant Bhushan—also...