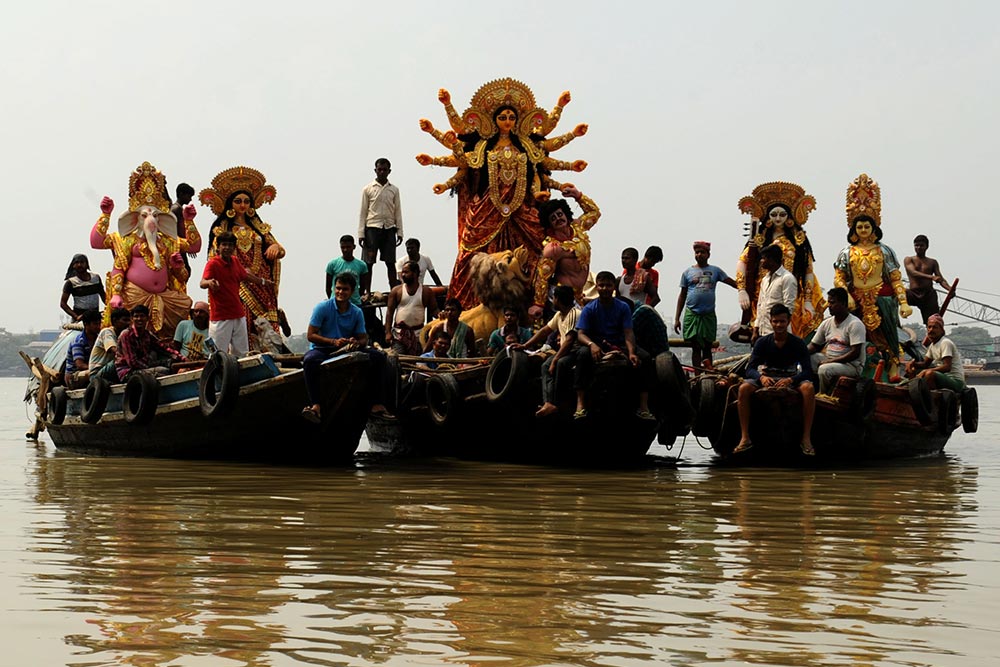 Image Of The Week
Boats Of The Divine Ferrying idols of Durga and other deities in Bengal ahead of the grand Durga Puja festival
Photograph by Sandipan Chatterjee
October 10, 2018 00:00 IST Deep Throat

Fraternal feuds are an inextricable part of politics where ­dynasties have flourished over the decades. The latest to bear the brunt of it is the Yadav clan from Bihar where RJD leader Tejashwi Prasad Yadav and his elder brother Tej Pratap do not see eye to eye. The tension has been brewing ever since Lalu Prasad Yadav anointed his younger—and politically sharper son—Tejashwi as his heir-apparent. Now, eldest sister Misa Bharti, has entered the equation. Grapevine has it that she is miffed with her younger brother over her ­neglect in the party. After Lalu went to jail, she had expected a greater role, but Tejashwi hardly ever consulted her.

How The Lones Batted