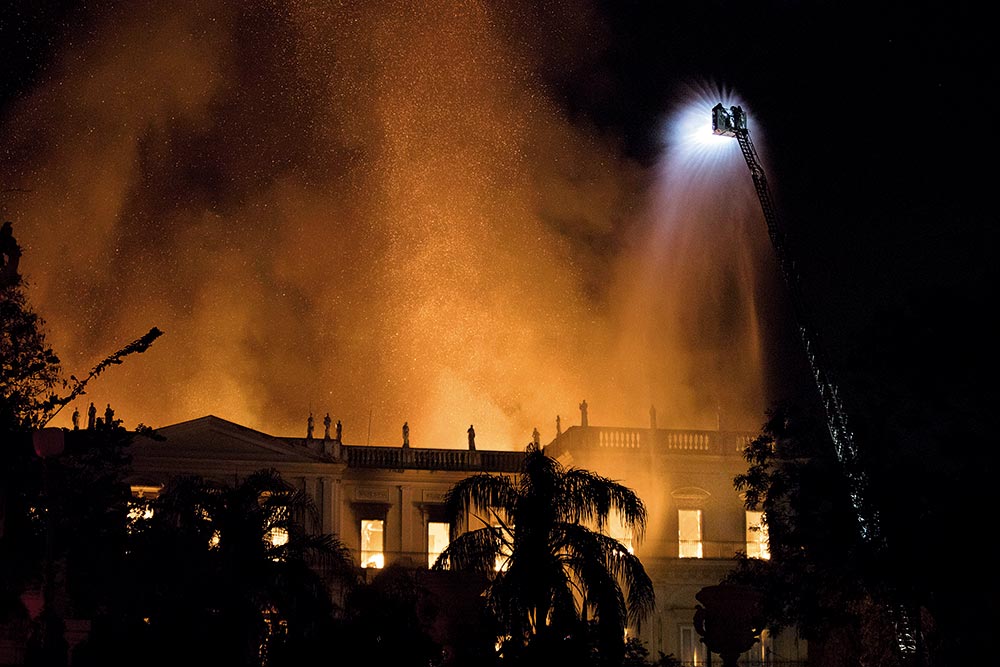 Image Of The Week
History In Flames The 200-year-old National Museum in Rio de Janeiro was gutted in a massive fire.
Photograph by AP
September 05, 2018 00:00 IST Deep Throat

Moon Moon Sen, it appears, hasn’t lost her silver screen touch of creating a flutter. At 64, the Trinamool Congress MP became the subject of swirling speculation that she might switch over to the rival camp, the BJP. The trigger comes from her comments favouring Prime Minister Narendra Modi and his scrapping of high-value notes in 2016 to rid the economy of ‘black money’. The demonetisation drive, or DeMo for short. Now, was it a personal remark of Bow Barracks Forever, or was it a calculated Trinamool ploy to indicate what looks improbable on the surface—working with the BJP like in the early 2000s?

There hasn’t been a single meeting of the Unified Command Council with Jammu and Kashmir governor Satya Pal Malik since he took charge in August. It has been a practice in the state for a chief minister to chair the meeting soon after taking charge. The chief minister heads the council, or Unified Headquarters, that coordinates army, police, BSF and CRPF...