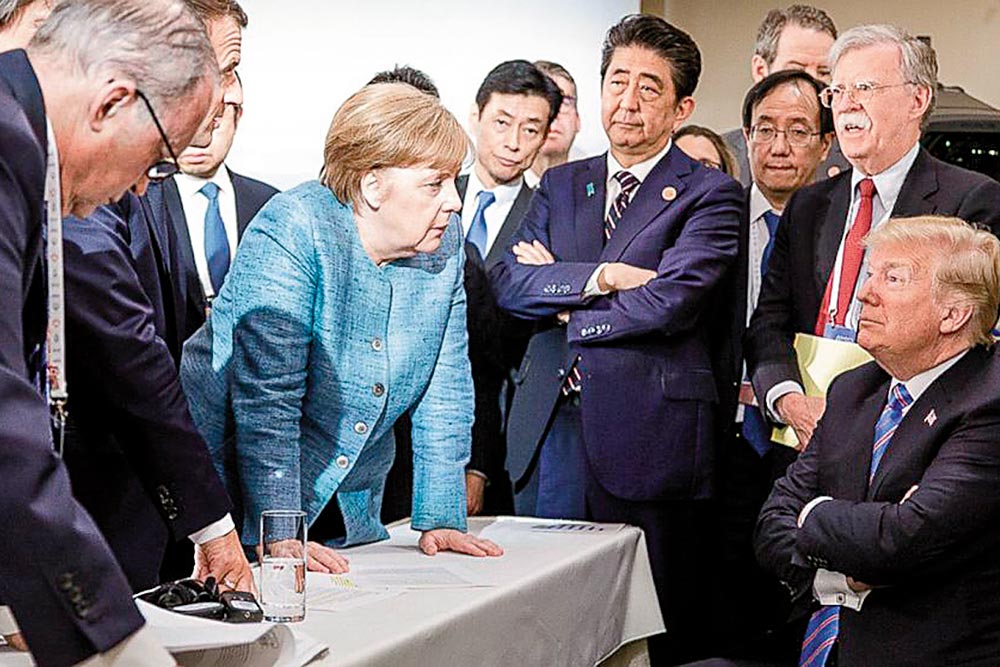 Image Of The Week
Did I Hear You Right, Mr President? A defiant POTUS stares down world leaders at the G7 summit in Canada

Back On The Plate

As  the 2019 Lok Sabha polls loom large, the BJP has broken a habit set by PM Modi in 2014 of not holding an official Iftaar party. The party has, however, given it a twist. Union minister for minority aff­airs Mukhtar Abbas Naqvi—the cabinet’s lone Muslim—was given the green light to hold the Iftaar but only for single Muslim women, mainly victims of triple talaq. Triple talaq was declared illegal by the Supreme Court last year after the Centre filed an affidavit against it. Sources claim that BJP chief Amit Shah approved of Naqvi’s Iftaar as a ‘positive message’ to the Muslim community. Naqvi’s Iftaar coincided with that hosted by Rahul Gandhi for the Opposition.

The idea may seem outrageous, but  murmurs have only grown louder after the historic meeting between the two leaders. Can a denuclearised Korean peninsula lead to a joint Nobel Peace Prize for two most unlikely candidates: Donald Trump and Kim Jong-un? There is a...