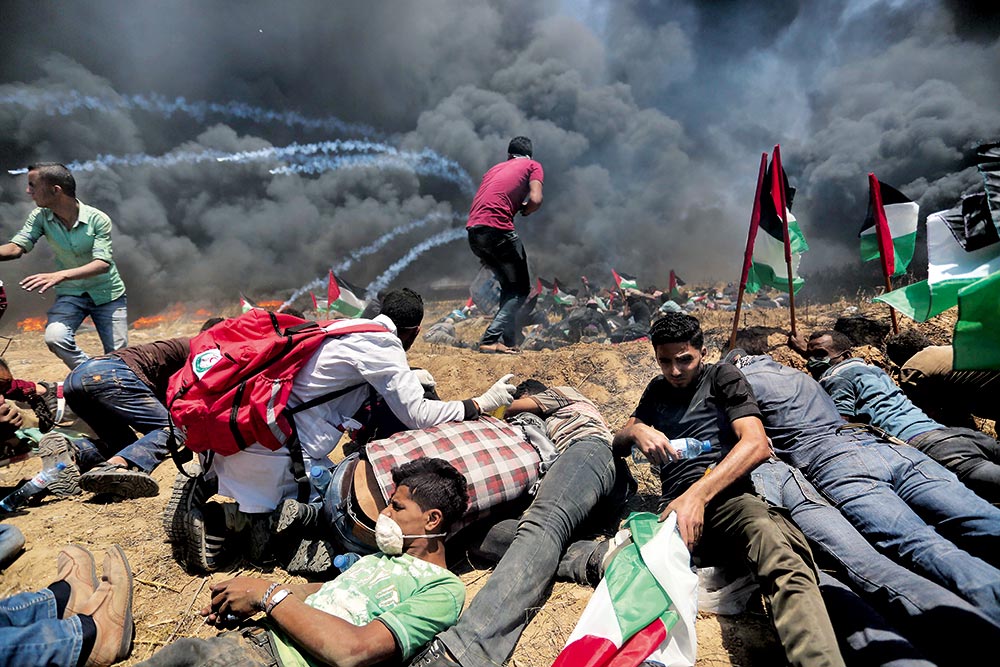 Image Of The Week
Mayhem Israeli forces on May 14 killed at least 58 Palestinians protesting against moving the US embassy to Jerusalem
Photograph by Getty Images
May 16, 2018 00:00 IST Deep Throat

The J&K government is at odds with the Centre over the issue of ‘unilateral ceasefire’. The CM is pushing for a unilateral ceasefire with militants in view of the coming holy month of Ramzan and the Shri Amarnath Yatra. The ministry of defence rej­ected the proposal after the sec­urity forces red-flagged it, calling  it ‘foolhardy’ unless the militants res­pond and agree to a ‘mutual ceasefire’ However, the PDP is persisting, reminding its coalition partner, the BJP, that Kashmir is waiting for a meaningful outreach as the PM promised. The buzz is that Centre may agree and project it as a major confidence­-building measure with the state’s people.

The Karnataka elections gave the government a chance to test drive its Digital India initiatives. With HRD minister Prakash Javadekar being in charge of the state, his ministry work was carried out virtually. His deputy Satyapal Singh was also among the many ministers...