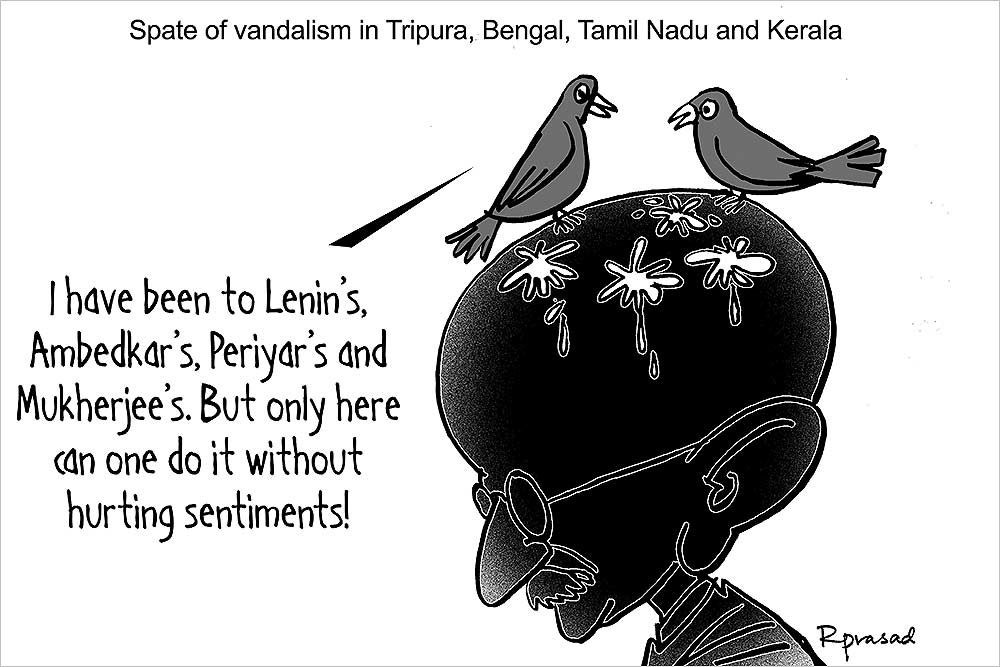 Goes As He Likes

Days before Andhra Pradesh chief minister Chandrababu Naidu decided to pull out TDP ministers from the BJP-led government at the Centre, his MP from Chittoor, N. Sivapra­sad had been trying to attract attention to the cause in his own way.  Demanding Special Category status for AP, the actor-turned-politician ado­p­ted dramatic ways of protest in Par­l­iament: From dressing up like a tantric, bare-chested with a long-haired wig and as Lord Kri­­s­­hna, to staging a street-play and protesting INS­ide the House with a rattle. He even dressed up like TDP founder NTR. A BJP colleague says: “At this rate he’ll be Kamalahaasan of TDP”!

With deaths, strikes and political manoeuvres filling the news cycle in Jammu and Kashmir, a smaller event has gone unnoticed. Earlier this month, Omar Abdullah reportedly submitted to Delhi High Court that his marriage with Payal Abdullah has broken down irretri­evably and that he wants to...