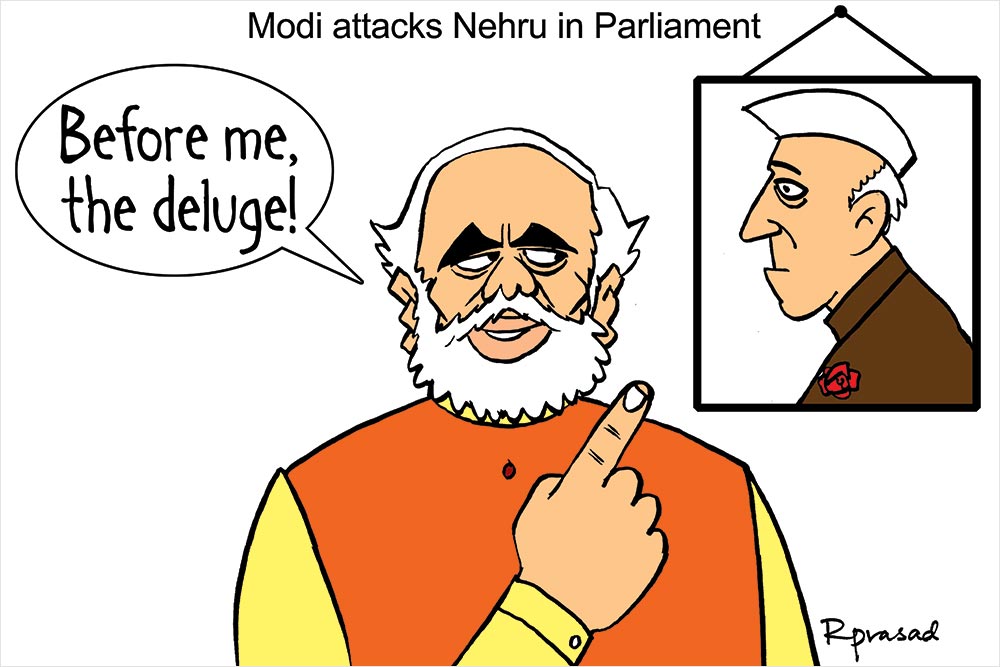 Power may wither but it’s hard to let go of the perks. The ­political battlefield of Bihar is ­littered with ‘sarkari’ bungalows.  Recently allotted a top-bracket bungalow in Lutyens’ Delhi, CM Nitish Kumar now has three government houses. While detractors say the Delhi house is a reward for rejoining the NDA, others point out that several CMs have been given Delhi bungalows for security reasons. His former deputy (and current Opposition leader) Tejashwi Yadav is fuming. “Unfair,” he says, refusing to vacate the bungalow he got as deputy CM, although as a first-time MLA he’s only entitled to a smaller sarkari house.

Protests over historical movies are giving a new lease of life to many little-known politicians and some long-forgotten ones.  A movie based on the life of Rani Lakshmibai of Jhansi is at the centre of the latest controversy. Suspended BJP MP Kirti Azad has decided that his ‘Brahmin’ pride...