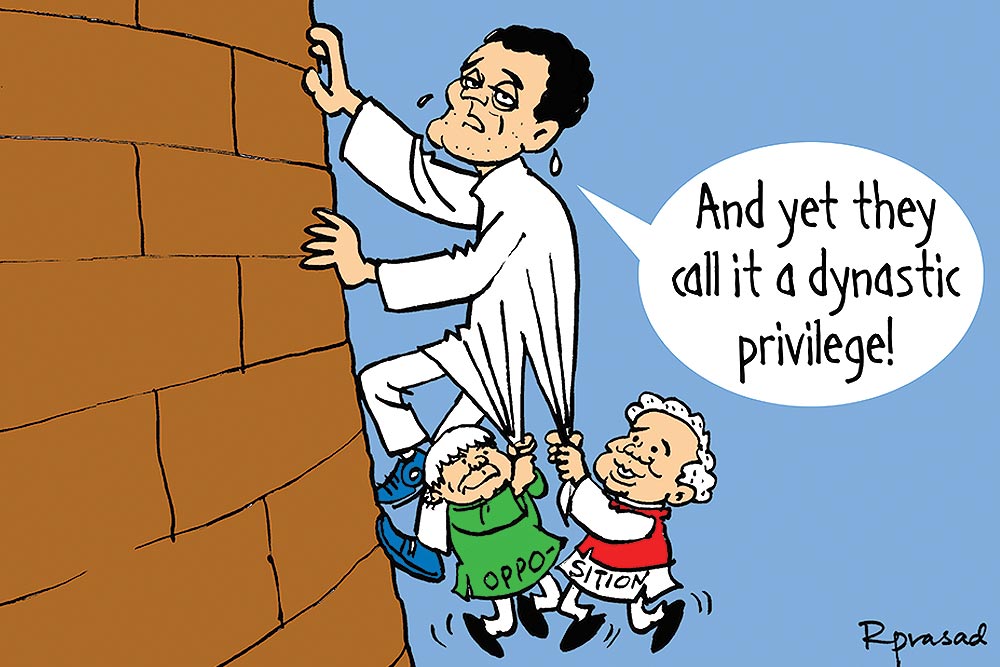 Nothing boosts visibility more than social media buzz, but there are pitfalls too. Take the UP Congress, which recently appointed an experienced but “IT-illiterate” state leader as its IT cell head. Now, the man, who apparently cannot type in Hindi or English, has to ask youngsters in his family to tweet on his behalf. When people grumbled about his ­appointment—the post is highly coveted—his feelings were hurt. He complained to leaders in Delhi about the ­secular edifice being under threat. He was asked to ignore  it and carry on. And if possible, to pick up some social media nuances on the job.

Four months after the merger of the EPS and OPS factions of the AIADMK, differences and heartburns continue to simmer. Rajya Sabha MP V. Maithreyan ­complained on his Facebook page that there was no meeting of minds yet. Apparently, he was ­referring to the OPS faction being short­changed in the post-merger arr­angement, maybe as postings to the...