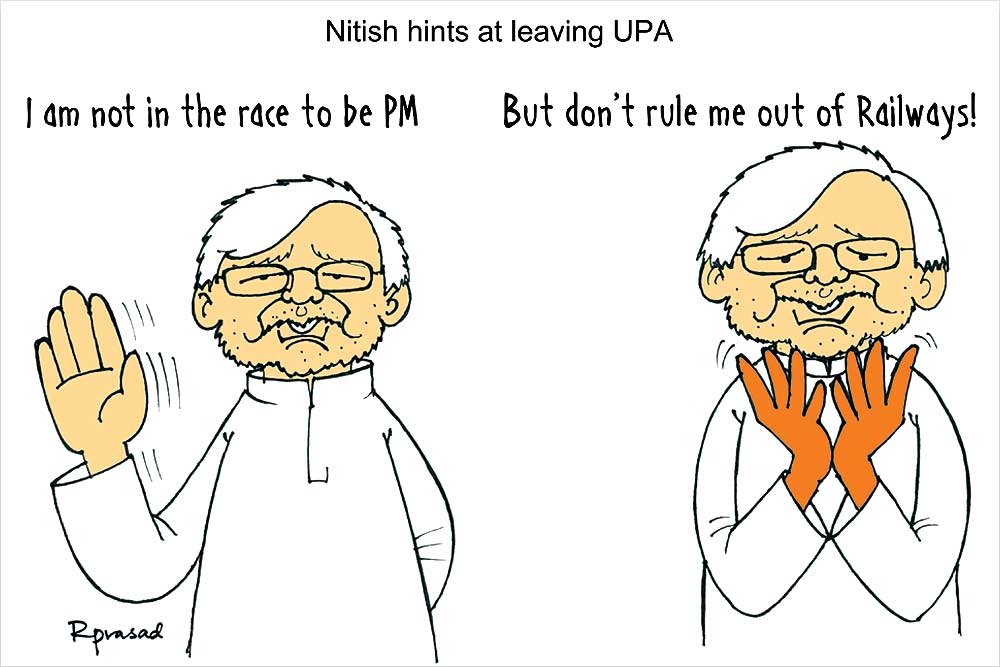 Gopal Baglay is possibly the fastest moving stock in the Ministry of External Affairs. As if being its spokesman was not high profile enough, Baglay will soon be moving to PMO as joint secretary. Not only will this make him privy to key foreign policy decisions, his inputs could also play an important role in their formulation. Earlier, he had headed the sensitive Pakistan-Afghanistan-Iran division and, therefore, his rise is being noticed in South Block and beyond. ‘Baglay ki duniya’ is indeed moving in the right direction for this 1992-batch IFS officer, who speaks Urdu, Nepali, Ukrainian and Russian.

Puducherry Lieutenant-Governor Kiran Bedi took her running battle with CM V. Narayanaswamy to a new high by swearing in three BJP leaders as nominated MLAs of the UT’s Assembly on Tuesday night. While the media was kept away, MLAs of the pro-BJP NR Congress party were all­owed to witness the secret swe­a­ring-in at the Raj Nivas. Bedi decided to swear in the...