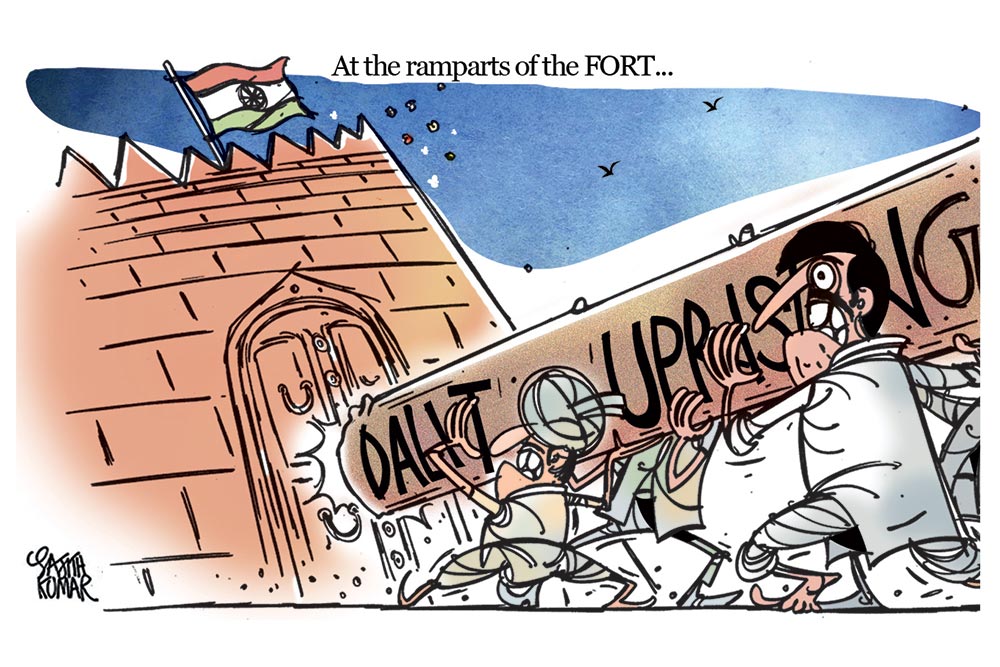 Professional politicians are compared to professional wrestlers, who often pretend to hurt each other. Therefore, when the chief ministers of Telangana and Andhra Pradesh, along with the enfant terrible of Andhra Pradesh politics, Jaganmohan Reddy, turned up at the Raj Bhavan on Independence Day for the governor’s ‘at home’, other guests followed them with a hawk eye, hoping for sparks to fly. But to their disappointment, KCR and Chandrababu Naidu chatted amiably. And, although Reddy greeted KCR effusively, he dismissed Naidu with a wave of his hand.

Is Governor N.N. Vohra, an old Kashmir hand, about to be made a scapegoat for disturbances in the Valley? With curfew continuing in the Valley for six weeks and the civilian death toll rising to 65, the buzz is that a former IPS officer, whose tenure in Kashmir was controversial, is about to replace Vohra in the Srinagar Raj Bhavan. Informed...