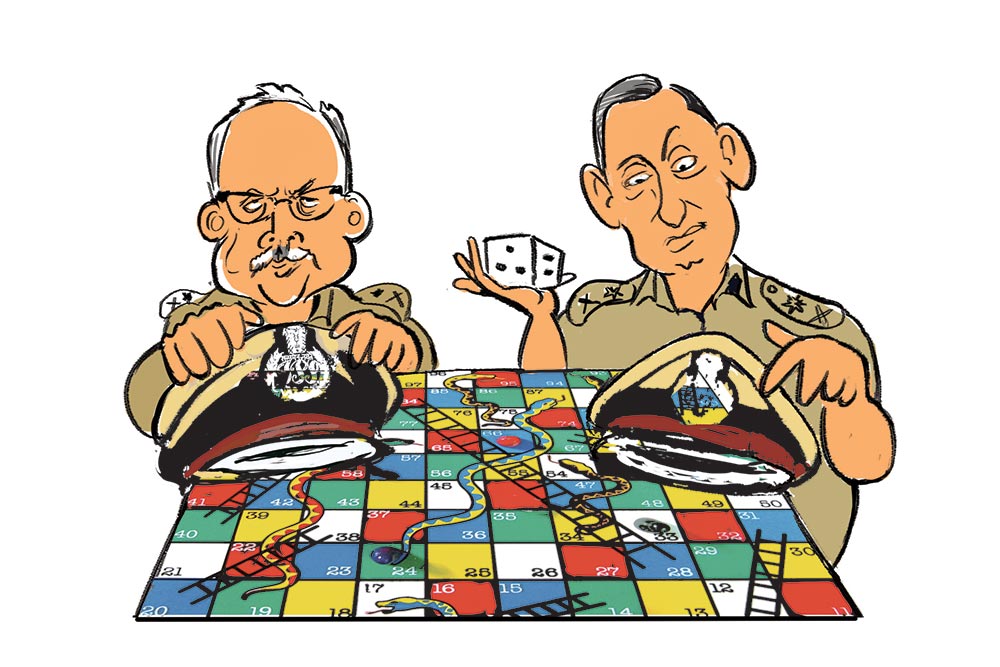 Maharashtra
All In The Game

New state DGP Satish Mathur and batchmate Rakesh Maria, who was made DG (Homeguards) overnight during the Sheena Bora murder probe, are playing a snakes-and-ladders game. Maria had superseded Mathur (and Ahmad Javed) to become Mumbai’s top cop, and now Mathur’s previous­—and coveted—post of DGP (Anti-Corruption Bureau) is up for grabs. That’s what Maria is reportedly eyeing, but his perceived closeness to the erstwhile Congress government could stand in the way. And Ahmad Javed, who replaced Maria, has gone away to Saudi Arabia.