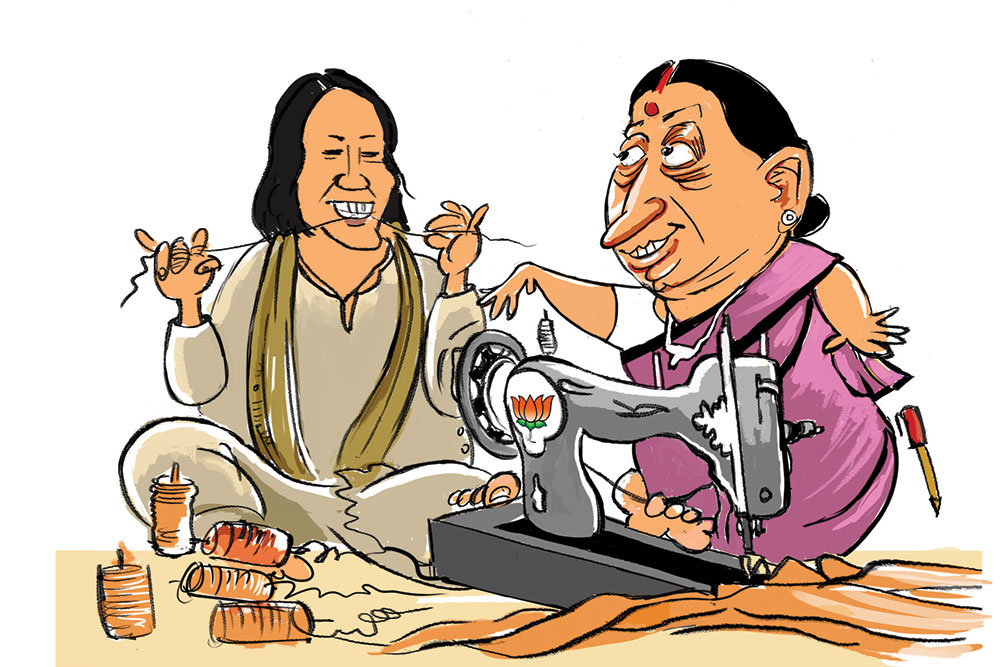 After leaving several IAS officers disgruntled, Smriti Irani seems to have finally found a confidante in the bureaucracy. In her first year as HRD minister, at least seven IAS officers and her then PS had walked out amid rumours of her temper tantrums. The second PS lasted a tad longer, but decided to opt out. The person who seems to have survived the minister’s mood swings is Imkongla Jamir, a 2002 batch IAS officer of the Karnataka cadre. The two ladies seemed to have hit it off so well that Irani had her transferred to the textile ministry.

Officials in the PMO are ducking for cover after an Income Tax raid revealed that a purported RSS member has been impersonating as a personal secretary to the PM. A cryptic SMS from the man citing Nagpur is all it took for top government officials to bend backwards. The imposter thus managed to get transfers and posting of government officials or dodgy business transactions done. What...