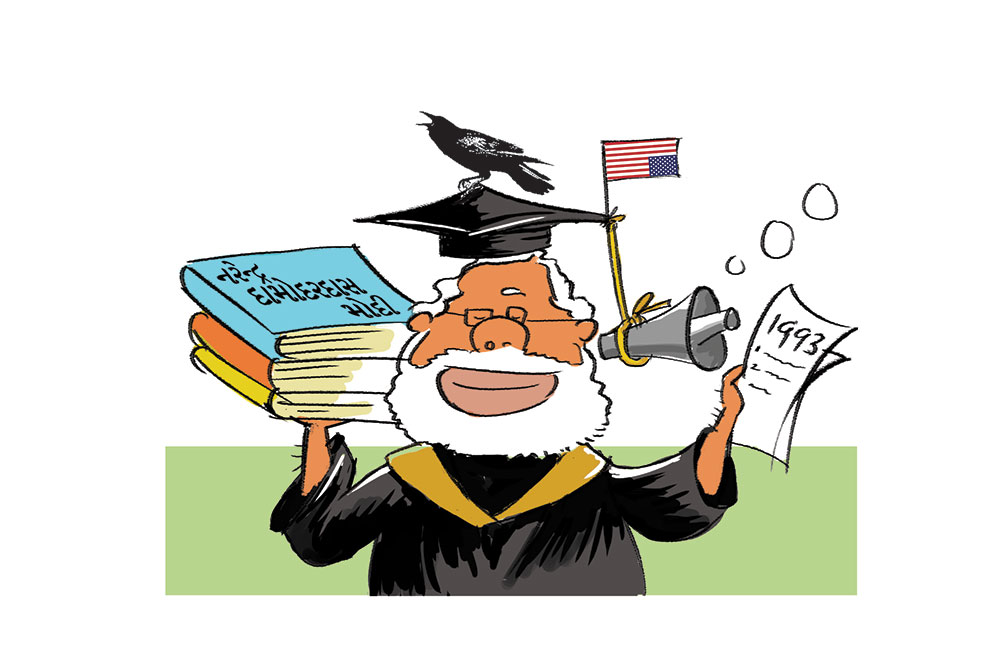 Caught in its own labyrinth, AAP seems to have given up on its quest to disprove PM Narendra Modi’s educational claims. But faraway in Washington DC, state department officials seem to be stepping in to fill the breach. Participants at the 2016 Professional Fellows Program were provided a photocopy of Modi’s itinerary when he took part in a similar program in 1993. His bio reads: “He holds a Masters in Political Science. He is also the author of a number of books in the Gujarati language and has had more than 100 articles...in Gujarati weeklies.” Moral: Modi’s claims on his MA have been consistent.

Lok Sabha TV is abuzz with rumours that a cleansing spree is in the offing to replace Congress appointees with people with RSS/BJP leanings. Executive producer (programme) Dhiraj Singh’s head is believed to be on the block. Attempts to shunt out Singh, a former Outlook staffer, had been on...