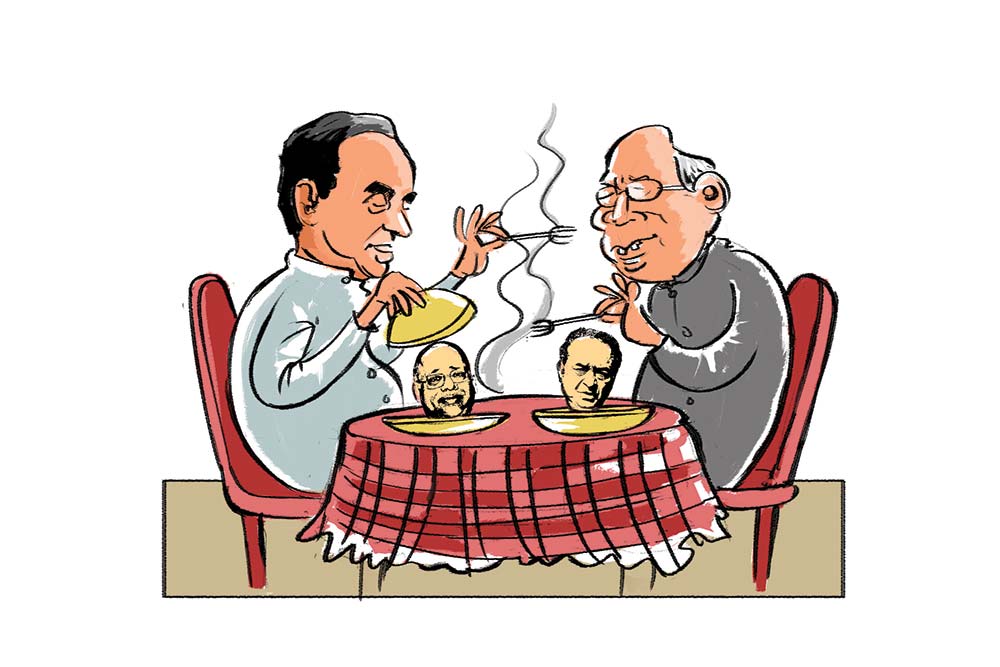 What’s brewing between Subramanian Swamy and UPA’s former law minister Hansraj Bharadwaj? The buzz is that the two have joined in a “secret project”, apparently with blessings “from the top”. On the anvil is an innocent sounding report on the judiciary—but the real objective, apparently, is an independent appraisal of attorney-general Mukul Rohatgi and solicitor-general Ranjit Kumar, both walking mates of finmin Arun Jaitley at Lodhi Garden. As it is, Swamy has declared that the two should go for their handling of the Uttarakhand and Kohinoor cases. Little wonder that Swamy is Bharadwaj’s favourite dining companion.