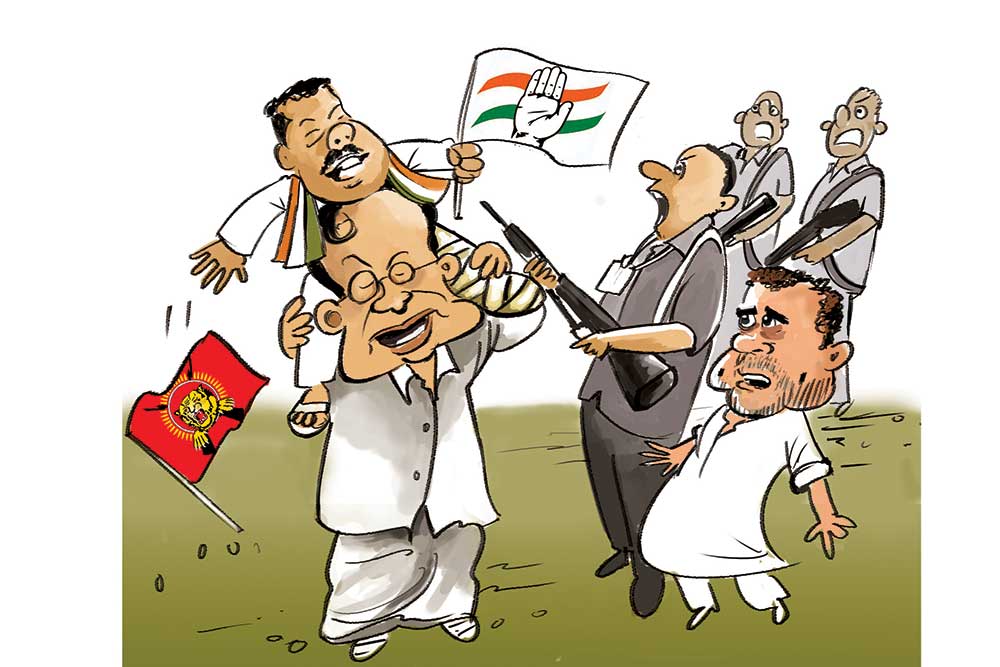 Last year, K. Selvaperunthagai shocked SPG personnel protecting Rahul Gandhi by crawling close to him at an event. It was later learnt he was a former LTTE supporter. The Congress believes he is a changed man; it has given him a ticket for the SC-reserved Sriperumbudur assembly seat. He was once close to P. Chidambaram, who, sources say, vouched for him when he joined the party in 2009 and was appointed head of its SC/ST cell.  Accused in the murder of Pandian, former accountant for Chidambaram’s cousin A.C. Muthiah, Selvaper­untha­gai broke his leg while trying to evade arrest by jumping from his first-floor residence.

Even before the ink had dried on the National Herald saga, starring the Gandhis, the pixels are popping around another mas­thead from the past, The Patriot. Efforts to revive the left-leaning Delhi paper as a weekly tabloid hit a minor bump after a top journalist, sounded out as a...