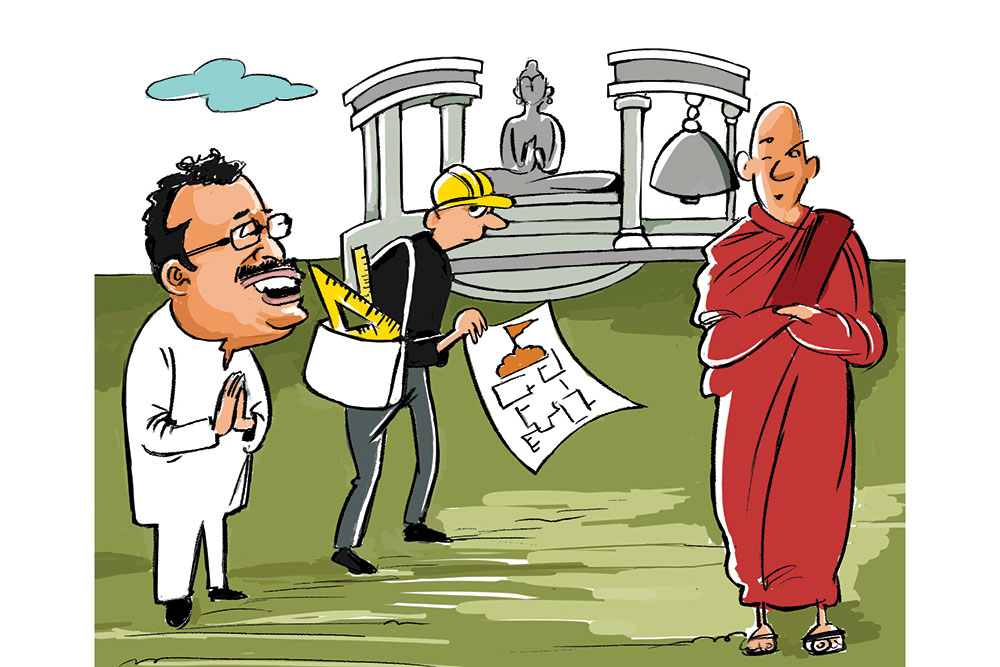 Chief minister Shivraj Singh Chouhan’s dream of building a Sita Mata temple in Sri Lanka may finally come true. Chouhan laid the foundation stone in 2010 and donated Rs 1 crore towards its construction but had faced opposition from a Buddhist math in the neighbourhood, which feared that the temple architecture would not gel with the Buddhist structures around. Now, accompanied by BJP national general secretary Ram Madhav, a top IAS officer of Madhya Pradesh has gone to Sri Lanka to sort it out. They are accompanied by a Banga­lore-based architect whose design will hopefully be accepted by the math authorities.

Telangana
Next In Line?

Chief minister KCR has made it clear who he sees as the heir apparent: it’s his 40-year-old son K.T. Rama Rao. In a recent reshuffle, KTR has been given the industries and commerce, public enterprises, mines and geology and NRI affairs portfolios in addition to the many important portfolios he already holds....