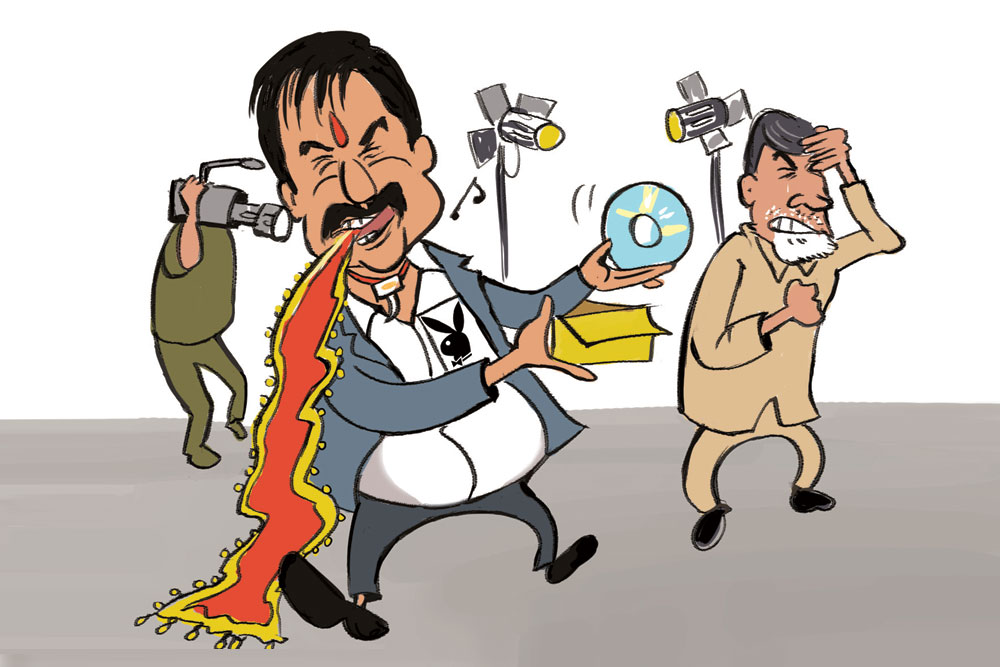 Actor and Telugu Desam Party MLA Nandamuri Balakrishna has embarrassed his brother-in-law, CM Chandrababu Naidu, with over-the-top remarks about his female co-stars. “My fans don’t like it when I chase heroines. They say no. But they love it when I kiss my heroines or make them pregnant,” he said at a film event. Balakrishna also spoke of being “naughty” at times and “pinching actresses”. An apology was quick in coming, but the comments are said to have left Naidu red-faced. More so, for Balakrishna uttered these gems at the audio release function of Savitri, which stars Naidu’s nephew Nara Rohit.