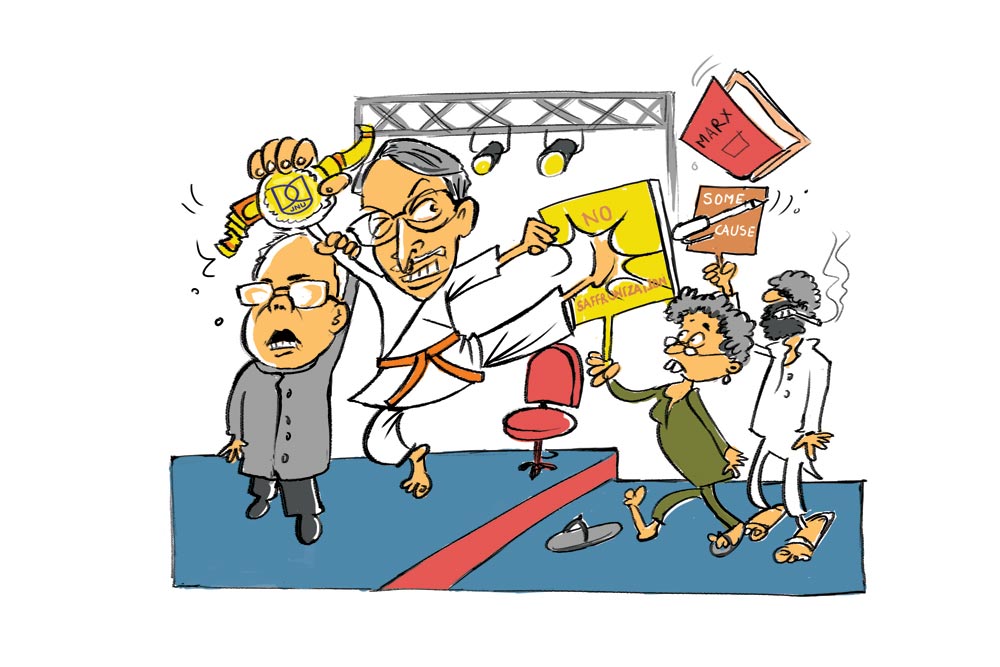 Much has been made of President Pranab Mukherjee backing Jagadesh Kumar as JNU’s new vice-chancellor over HRD minister Smriti Irani’s choice. Top IIT Delhi-wallahs, however, insist that there is more to the institution’s “gift” to its left-of-centre neighbour than meets the eye. Though Kumar is backed by impeccable credentials, he was viewed as reasonably RSS-friendly at IIT Delhi. Some say it’s a matter of time before JNU erupts in protests. What will make it interesting is that Kumar, a karate expert, is no pushover. The story goes that when an IIT hosteler got aggressive, Kumar closed the matter with karate moves.

The vocabulary of central Delhi, it is a-changing. Scribes invited for a press conference, where Sangh parivar functionaries were present, were puzzled at the use of chaste Hindi for matters mundane. Sangh men were seen dishing out calling...