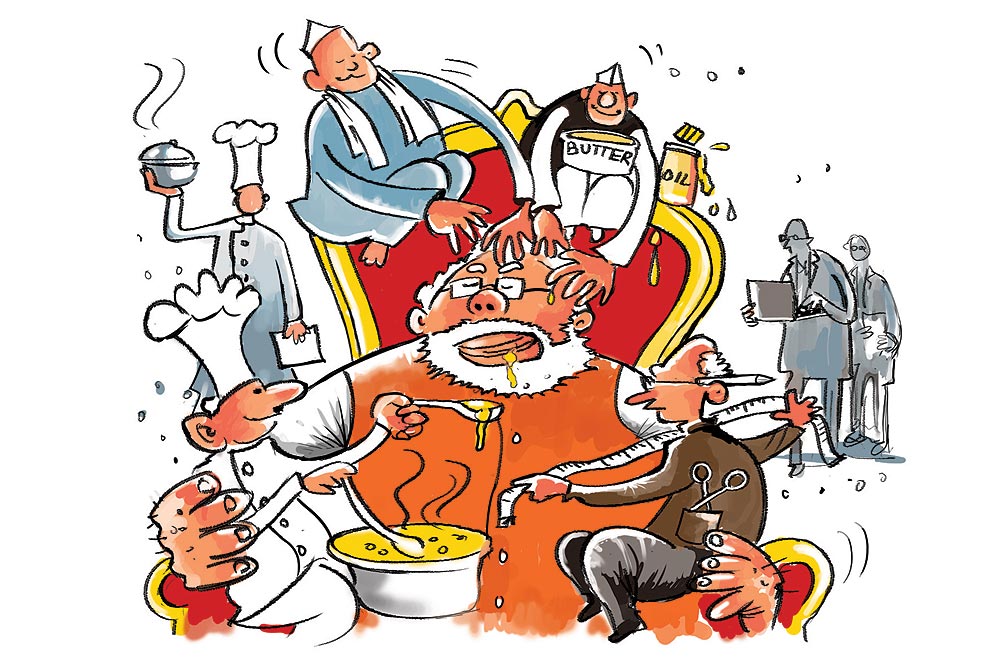 While the Prime Minister’s Office has resolutely stonewalled RTI activists’ attempts to glean information on what Narendra Modi eats, wears and does, and at what expense, a list floating around in Lutyens’ Delhi suggests that the PMO has never been so bloated as today. The list is said to name as many as 550 people posted at Modi’s PMO as against 250-odd in Manmohan Singh’s time. Among them are khansamas who ser­ved the pradhan sevak when he was Gujarat CM, and some who are not even eligible for government jobs as they have not completed their schooling. One more example of the PM’s centralised working style?

Never mess around with your boss’s friends; a lesson petroleum minister Dharmen­dra Pra­dhan may have learnt. Three corporate heavyweights who went to meet him were asked to contribute to the party...