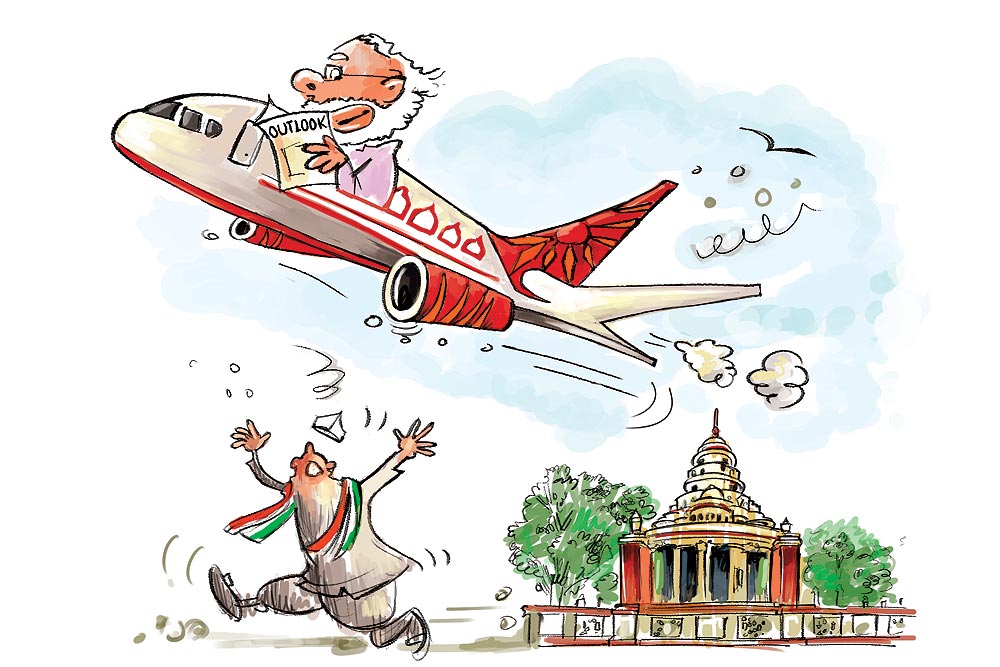 Many of Narendra Modi’s cabinet colleagues have abandoned any pretence of staying away from the suits, but despite 20 months at the helm, the PM continues to strain every sinew to ensure no one feeds off their presumed proximity to him. The PM’s visit to the Sivagiri Mutt in Kerala in December was parti­ally facilitated by an MP of Ker­ala origin. If the second-term RS member tho­ught this would be something the PM would be gra­teful for, well.... After the event, the PM got into his car and left for the airport alone, asking the MP to follow him in an escort car. Then, there was no space in the PM’s aircraft for the MP, who flew back in his own plane.

Former chief minister Jiten Ram Manjhi, who broke from the JD(U), formed his own party and aligned with the BJP, ran into Nitish Kumar on a flight recently. He conceded that he...