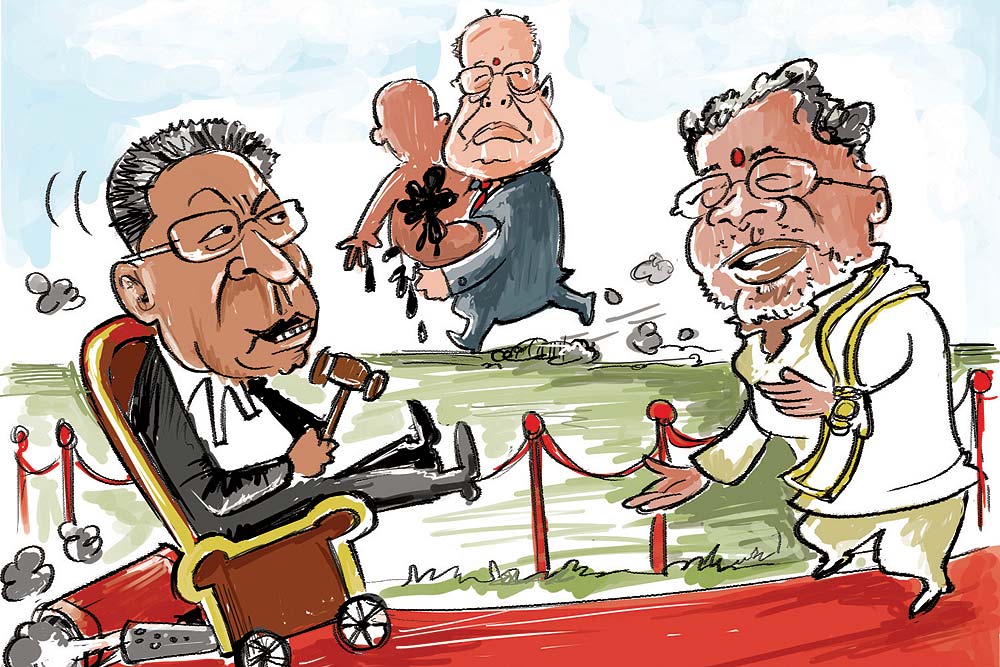 Karnataka
Next Man In

The post of Karnataka Lokay­u­kta, vacant since Justice Bhas­kar Rao quit following allega­t­ions that his son was running an extortion racket, is likely to be filled next week. The frontrunner is SC judge Justice Vikram­jit Sen, who retired on December 31. Though he hails from Delhi, the judge is no stranger to the state. Sen had served as chief justice of the Karnataka HC, and  had a good track record with fri­e­nds in high places. CM Sidda­ramaiah, keen to undo the flak over questionable appointm­ents, had in fact pushed back the consultative committee meeting to decide on the next Lokayukta in January in order to wait for Sen’s retirement.

New Delhi
Help From The Top

The curious case of an IAS off­i­cer of the AGMUT (Arun­a­chal Pradesh, Goa, Mizoram & Union Territory) cadre  is keeping the offices of the UPSC...