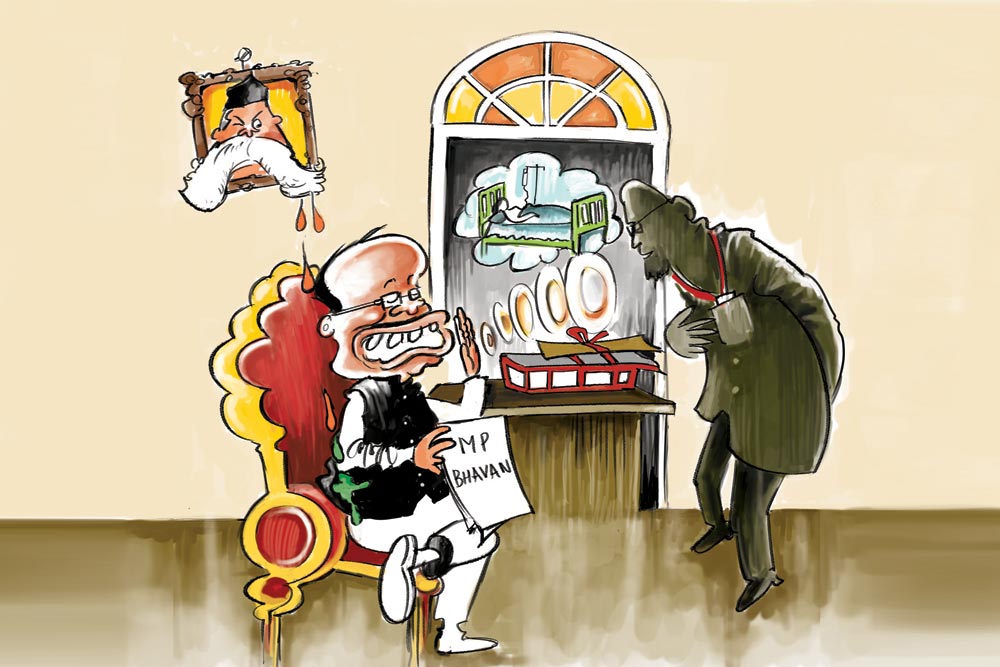 Madhya Pradesh
A Friend In Need

Even as the intolerance debate rages on in the country, BJP CM Shivraj Singh Chouhan has gone out of his way to help a senior Muslim IPS officer of the state cadre. The officer’s daughter is seriously ill and is being treated in a hospital abr­oad and he is on deputation at the Centre. The CM first tried to get him posted at the Indian embassy in that country. When that failed, he tried to get his central deputation extended so that he could at least stay in Delhi but that plea too was turned down. Chouhan then ordered the creation of a special post in MP Bhawan in Delhi and posted the officer there. One wonders what the Sangh brotherhood has to say about this appeasement.

What kind of ties do Modi and Didi share? The Congress and CPI(M) say they are “two sides of the same coin”, which means that while they have a mock...