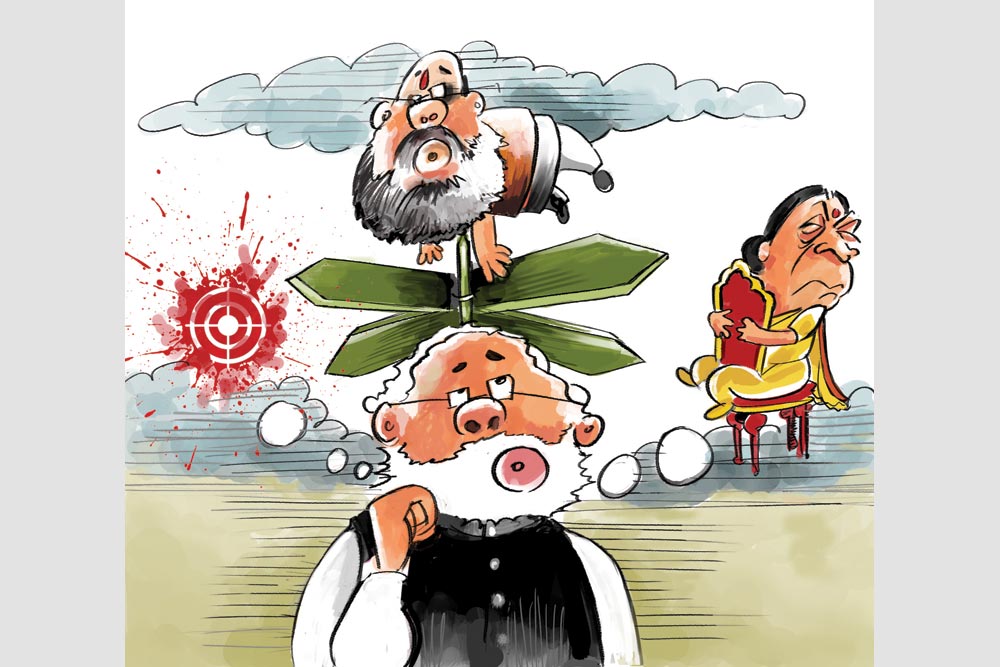 What next for Amit Shah, Bihar lost? He stays, says one group, for moving out the BJP president will be seen as loss of face for Narendra Modi. Others think he’ll be sent back to Gujarat as CM. That should have worried Anandi­ben, but for the pro-Patel agitation of the Patidars. A third possibility was heard at Modi’s meeting with UK-based Indian businessmen. That Shah might be inducted into the Union cabinet in an upcoming reshuffle. He had had held important portfol­ios in Gujarat while Modi was CM, but his arrest in 2010 in a fake encounter case stalled reinduction. With elections for BJP presidentship looming, a decision on Shah’s fate will have to be taken sooner than later .

With Prakash Karat’s exit as CPI(M) general secretary, the buzz is that former LS speaker Somnath Chatterjee might...