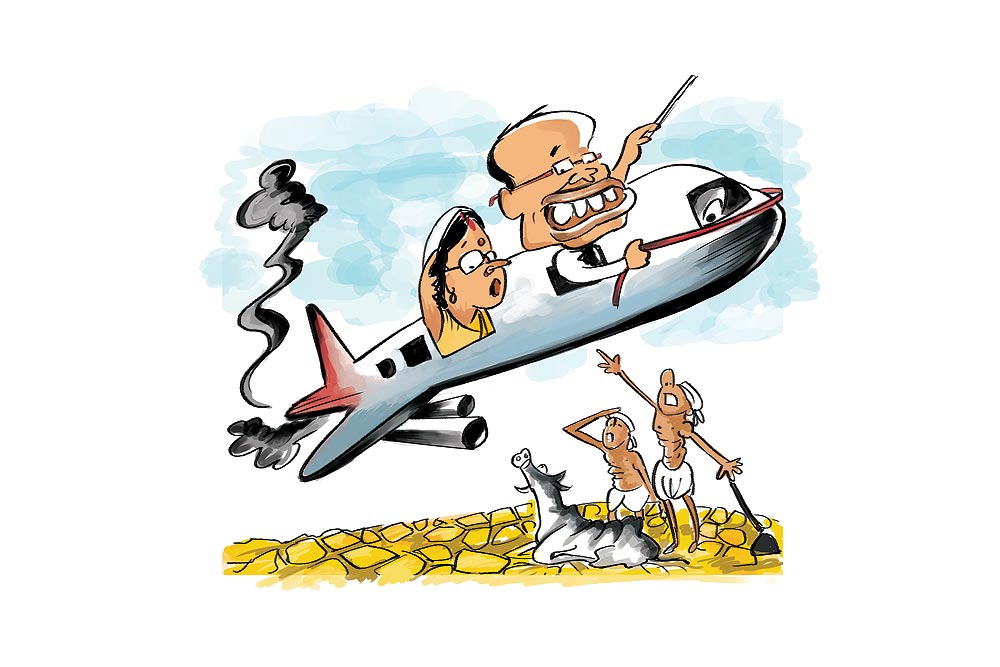 When the going gets tough, well, fly off to faraway lands. That seems to CM Shivraj Singh Chou­han’s ruse of late. Recently, the soya crops were ruined by a pest, large parts of the state were reeling under a drought and a blast in illegally stored explosives had killed over 100 people, and what did he do? Chouhan flew off to Japan and South Korea. In February, when the heat of the Vyapam scam had become too much to bear, he’d pus­hed off to the US with his wife. Earlier, he had travelled to Italy, the Neth­erlands and Germany. A large ent­o­urage of bureaucrats and min­is­ters accompanied him on all these and other foreign jaunts. And every time he came back with a bagful of ‘investment promises’ by international conglomerates, no mat­ter that it was the state exch­equer which was poorer by a couple of crores. Needless to say, not even a tenth of these promises have fructified. MP is still in a soup.