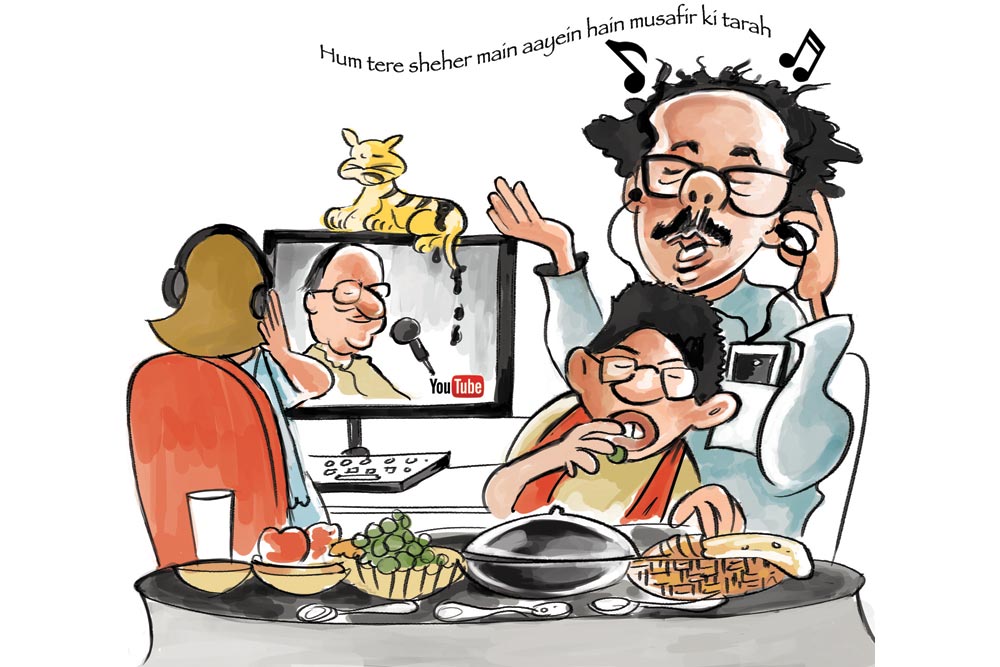 Maharashtra
Singer Not The Song

The Shiv Sena may have scored a rabid point with its Sainiks by blocking Pakistani ghazal maestro Ghulam Ali Khan’s concert in Mumbai. But perhaps none of those blind followers know about the backroom diplomacy that the Sena’s first family indulges in with celebrities from across the border. Here’s what was supposed to happen when Ghulam Ali came to Mumbai: Smita Thackeray, daughter-in-law to Sena’s deceased chief Bal Thackeray and sister-in-law to Sena chief Uddhav Thackeray, was to host a private dinner for the singer with friends at her own residence. All arrangements had been made and invites sent out to a chosen few in the city. Just that Ghulam Ali, immensely hurt over the treatment meted out to him, refused to turn up for the dinner once the concert had been called off. A taste of one’s own medicine may be a good idea for the Thackerays.