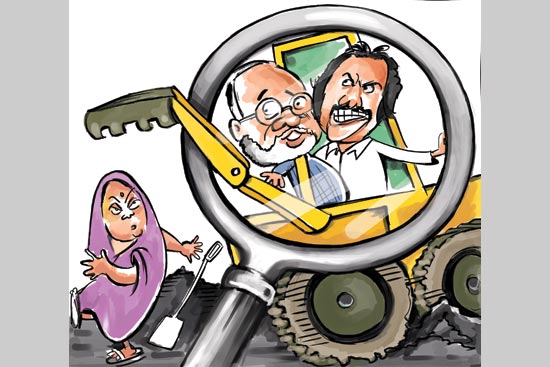 The Rajasthan mining scandal appears to be moving right up to the top instead of stopping at mining secretary Ashok Singhvi, thanks to the anti-corruption bureau, headed by Dinesh M.N. of the Sohrabuddin Sheikh fake encounter case fame. It has now been discovered that it is not just state IAS officers who allegedly own a number of mines. Even the junior minister for mines, Raj Kumar Rinwa, who has been distancing himself from the scam, appears to be in the dock. He is known to have personally signed on a number of files after claiming all along that the secretary did not keep him in the loop, kept files away from him, and if he ever asked questions, “ticked him off in English”. There’s more. From the phone taps effected by the ACB for over a year, it has now emerged that the top leadership was allegedly in touch with one of the middlemen, Sanjay Sethi.