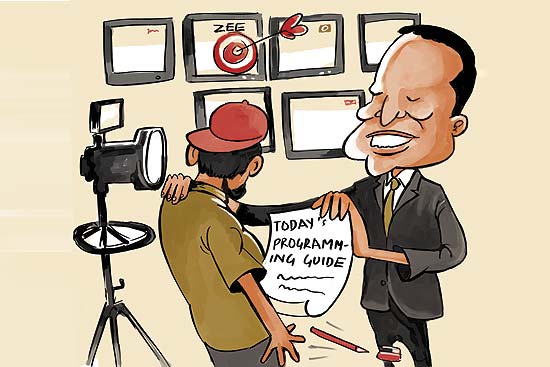 Haryana
This Just In

Ex-Congress MP and steel baron Naveen Jindal seems convinced that he must push through his two-year-old mission of turning media baron, especially after his infamous sting on Zee network went kaput. Depending on which version you choose, Jindal lent funds or invested in the Focus media group that broadcasts seven news channels. The media group is wrapping up its operations and the last two channels are scheduled to go off air at end of this month. Word is the I&B ministry has decl­ined to renew its licences. Not one to give up, Jindal is planning a fresh foray under the name ‘News World India’. Jindal, who has a habit of briefing editors and reporters directly, has pumped even more money into the operations of the new channels. The channels have seen a high attrition rate among its senior editorial staff reportedly due to disagreements over programm­ing related to the Zee media group.