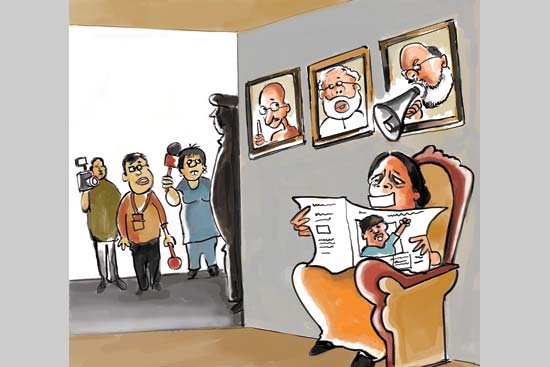 As if the Hardik Patel problem wasn’t enough, chief minister Anandiben has fresh anxiety to deal with. There is a rumour gaining some traction that the CM could be one of the Patel leaders who is secretly backing the Patidar andolan. The buzz in Gandhinagar is that the violent agitation has ensured that Narendra Modi will now no longer even think of having a non-Patel CM in her place. But who could take her place? The point is too early to be discussed and, so says the grapevine, could well depend on the BJP’s fortunes in the Bihar elections. Fanning the rumours, Amit Shah has sent a ‘firman’ to the state’s MLAs, who were previously avoiding the press, to make friends with journalists and keep in touch with them. Anandiben has not got the message clearly since a stony silence still greets most political reporters in Gandhinagar.

Madhya Pradesh
The Hand That...