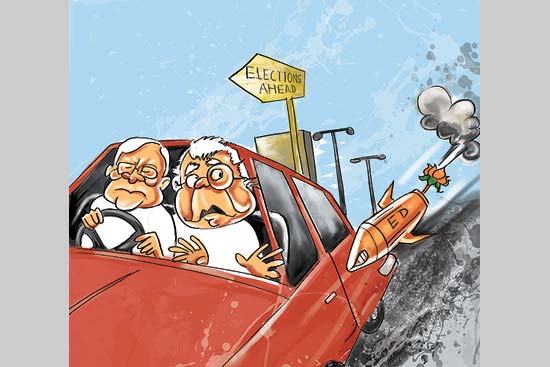 On paper, Laloo Yadav and Nitish Kumar are united. On the ground, though, there are mixed signals about the RJD chief. The buzz is the long arm of the Enforcement Directorate (ED) may finally ens­ure that Laloo is driven into the arms of the BJP. The ED, it cla­ims, has of late sent a flurry of notices to Prem Chand Gupta, ex-Union minister and close confidante of the Yadav strongman. Gupta is widely believed to have ‘managed’ his mentor’s finances and now ED is said to have pulled out evidence to link some of the overseas ‘investments’ made by Gupta for Laloo. The BJP may let the ED...