Deccan Can They? BJP Is Yet To Find Winning Formula For 5 Southern States 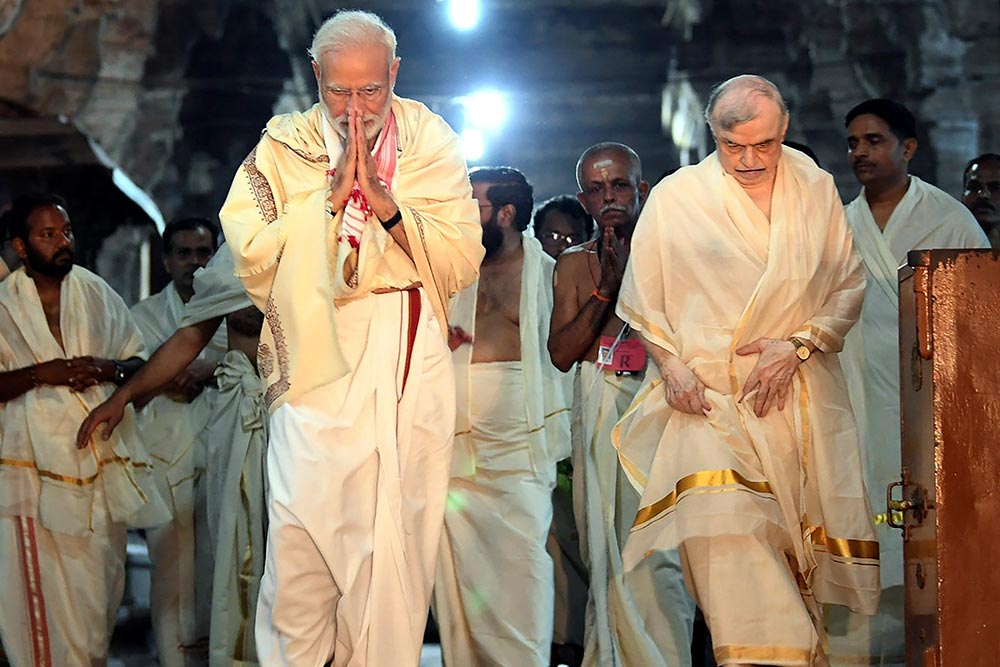 Temple Run
Modi in a veshti at the Sree Padmanabha temple in Kerala
Photograph by PTI
Bhavna Vij-Aurora January 31, 2019 00:00 IST Deccan Can They? BJP Is Yet To Find Winning Formula For 5 Southern States

The Vindhyas, as the legend goes, grew so high that the mountains once obstructed the path of the sun. Sage Agastya, travelling to the south, is believed to have asked the mountains to lower themselves to facilitate his passage. The Vindhyas obliged in reverence. This is a story that BJP leaders love to narrate with the belief that Prime Minister Narendra Modi is their best bet to emulate the seer and help the party breach the political Vindhyas. But the region that is collectively refe­rred to as south India has proved to be an invincible fortress for the all-conquering saffron army led by Modi. Barring a foothold in Karnataka, the BJP has yet to find the winning formula for the five southern states. And it’s a reality the BJP may have to live with after this summer’s general elections.