You represent the reprehensible — the ideals I once lived by 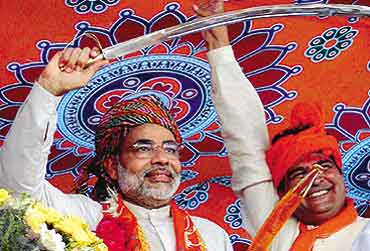 outlookindia.com
-0001-11-30T00:00:00+05:53
There are some myths which endure for no apparent reason. Heading the list, as far as my personal experience goes, is the myth of ‘objective’ journalism. At the height of the Ram temple movement in the 1990s, it was routine to be accosted at social gatherings and airports by venerable gentlemen and ladies fulminating at the ‘anti-Hindu’ bias of the English language media. Equally, as one of the few non-pseudo-secular journalists, I was at the receiving end of abuse for having ‘betrayed’ my social class. For someone who "thought in English"—it was just not done to "jump aboard the Advani rath", as an Outlook journalist told me.

The bitter secular-communal polarisation of the Ayodhya movement has, fortunately, yielded way to more pragmatic responses. Whereas a decade ago it was not unusual to encounter someone who threatened to migrate if the BJP came to power, honour is satisfied if you say you like Vajpayee but loathe Narendra Modi. After his ‘secular’ experiments, even L.K. Advani has joined the kosher...