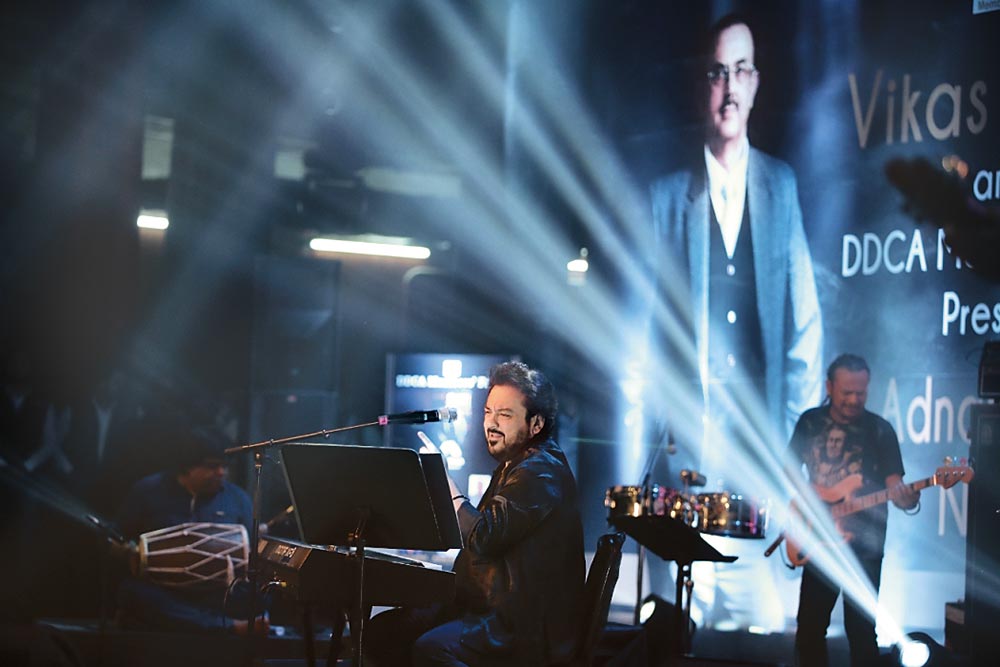 Claimants
Adnan Sami at the concert organised by Vikas Singh

It was a pre-poll bash meant to be a brash stand-in for an election campaign, held artfully on an auspicious date for Indian cricket. The ‘Trustworthy Group’, as the panel headed by former India all-rounder Madan Lal was called in the Delhi and District Cricket Association (DDCA) elections, had made arrangements for 300 ‘plates’ for a get-together. But over 750 people turned up at Lord of the Drinks Forum in New Delhi’s Nehru Place, where the last big bash before the elections was held. The occasion, on June 25, was the 35th anniversary of India’s first World Cup triumph in 1983.

Madan Lal, accompanied by his family, flashed his trademark smile as short video clips of the World Cup final was repeatedly played, along with good-luck messages from legends like Sunil Gavaskar and Kapil Dev, on the big screen. The anniversary celebration was just an excuse to orga­nise a supporters’ gathering in an att­­­empt...