Cowering in forests, the LTTE wears a beaten look. The Lankan army can still expect a vicious sting. 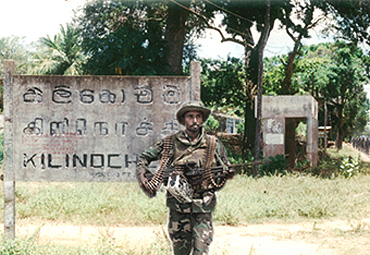 Outlook records with regret the death of Lasantha Wickrematunge shortly after filing this despatch. Editor of the Sunday Leader, Wickrematunge was shot dead by two men on a motorcycle as he drove to work in Colombo on January 8, 2009. The Paris-based media watchdog Reporters sans Frontieres held Sri Lankan President Mahinda Rajapakse’s government responsible for inciting hatred against Wickrematunge, an investigative journalist. Sri Lanka was ranked 165th among 173 countries in the 2008 Press Freedom Index, the lowest ranking for any democratic country.

The Fall Of Kilinochchi