Daggers, When Crown At Stake

Who will be CM candidate? A party meeting sends the clashing EPS-OPS duo to a private time-out to sort out their egos—in vain. Sasikala’s impending return looms over AIADMK. 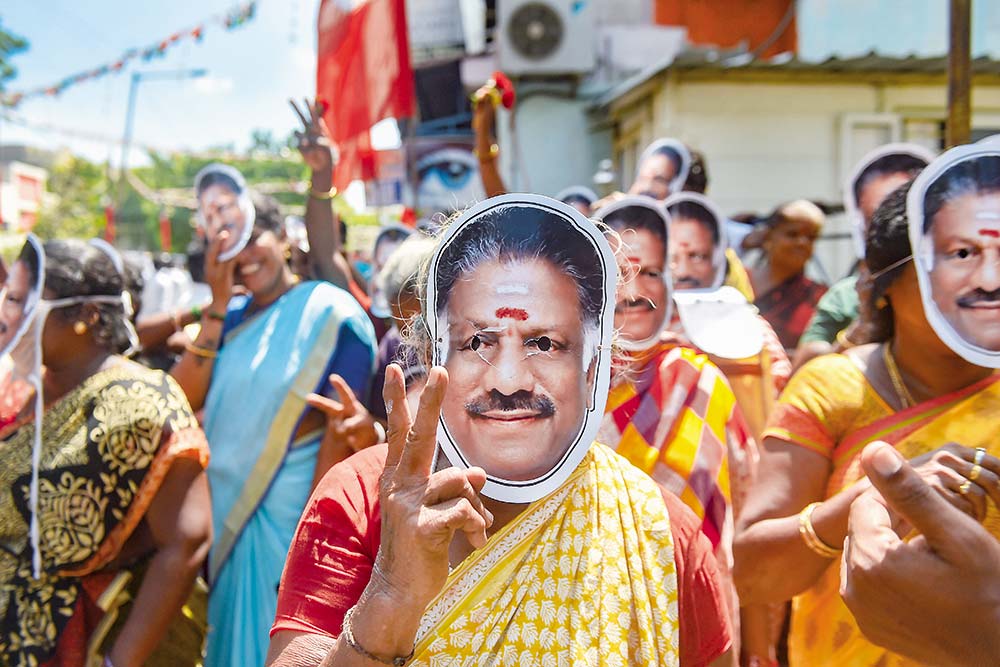 The five-hour executive committee meeting of the AIADMK on September 28 would be remembered for the ugly clash of words between two leaders who were chosen to lead by example—chief minister Edappadi K. Palaniswami and his deputy, O. Panneerselvam.

Rather than provide joint leadership, the two exchanged angry words on the issue of chief ministerial candidate for the May 2021 assembly elections. “Jayalalitha made me the chief minister while you were made CM by Sasikala,” OPS fumed. “Sasikala made both of us chief ministers,” retorted EPS.

With both refusing to give up claim to the CM candidature, they were advised by party seniors to closet themselves in a room to iron out differences. Instead, they walked out after 20 minutes without an agreement. They were then asked to arrive at a decision and announce the candidate on October 7.

Ever since a minister declared in August that EPS would be the party’s CM face, the party has been enveloped in an open power struggle between supporters of OPS and EPS. Though a temporary truce...