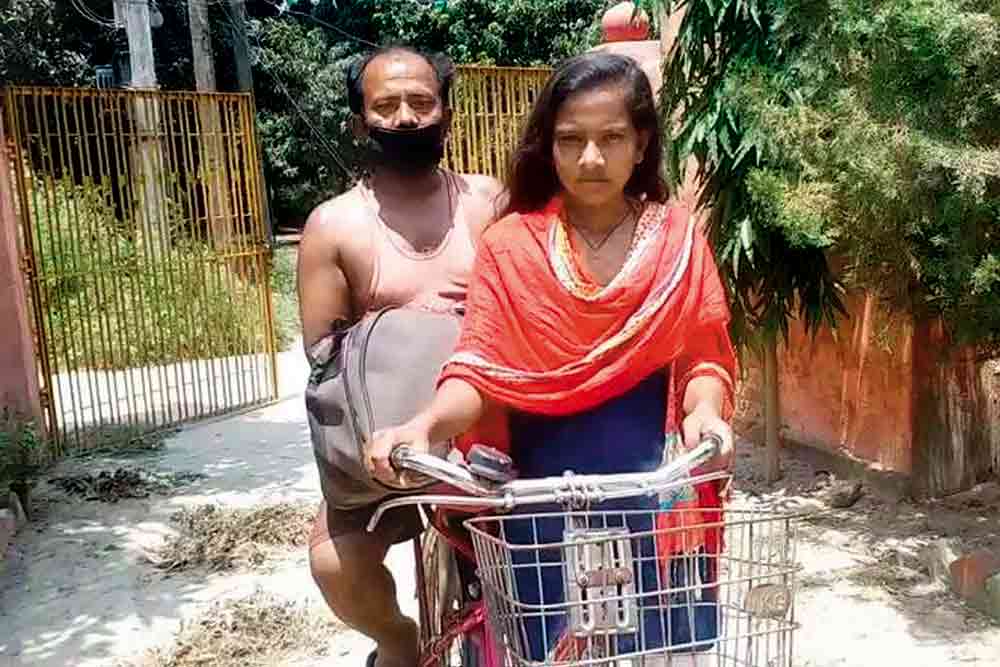 Jyoti Kumari, her father and the bicycle that brought them from Gurgaon to Bihar

This is one story Bollywood would die to own—a doughty 15-year-old Bihari girl bicycles almost 1,200 km over eight days from Gurgaon to her native village in Darbhanga during the nationwide lockdown, with her ailing father riding pillion. Jyoti Kumari’s feat this past May was undoubtedly extraordinary, praiseworthy. It was also emblematic of the hardships the poor—her father was an e-rickshaw driver in Gurgaon—faced when harsh restrictions were imposed to contain the Covid outbreak. The press, NGOs, politicos, government officials and retweet-hunting twitterati praised the “Awsum” teenager, and deservedly so. The New York Times screamed: Jyoti, the “lion-hearted”. Bollywood wasn’t far behind stirring its greasepaint. It must tell the story—in a way only it is capable of. It smells the cash and cachet—Covid or no—from a tale that has riveted the nation.

In an industry where right and wrong are as fake as glycerin-induced tears, Jyoti’s journey is now the source of a controversy with filmmakers...