The Narmada Bachao Andolan’s spearhead on the recent government decisions 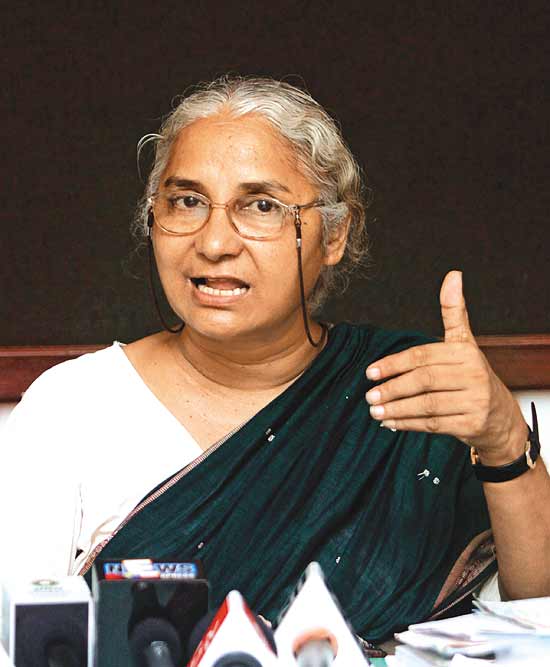 The first blow was the new BJP government’s unilateral decision to raise the wall of the Narmada Dam by 17 metres, something the Narmada Bachao Andolan’s spearhead Medha Patkar has had been fighting for years. Now it appears the government is set to clamp down on the NGOs that are active in opposing big business. Patkar spoke to Prachi Pinglay-Plumber. Excerpts from the interview:

What do you make of the recent IB report coming down on ngos run on foreign money?

If the foreign funds coming to them are legal, then there is nothing wrong with it. When you are talking about foreign direct investment (FDI) in railways, education, infrastructure and even defence, what right do you have to talk about foreign funds in NGOs? We do not take foreign funds as ours is a movement not an NGO. We get free legal services from lawyers, we take old computers and furniture and we work on very little money.

One of your organisations was also named?

Ours is a decentralised...