A schoolteacher shot right through the eye, businessmen brothers disappeared, a jewellery shop looted of crores, even politicians murdered…Nitish is fast losing his USP. 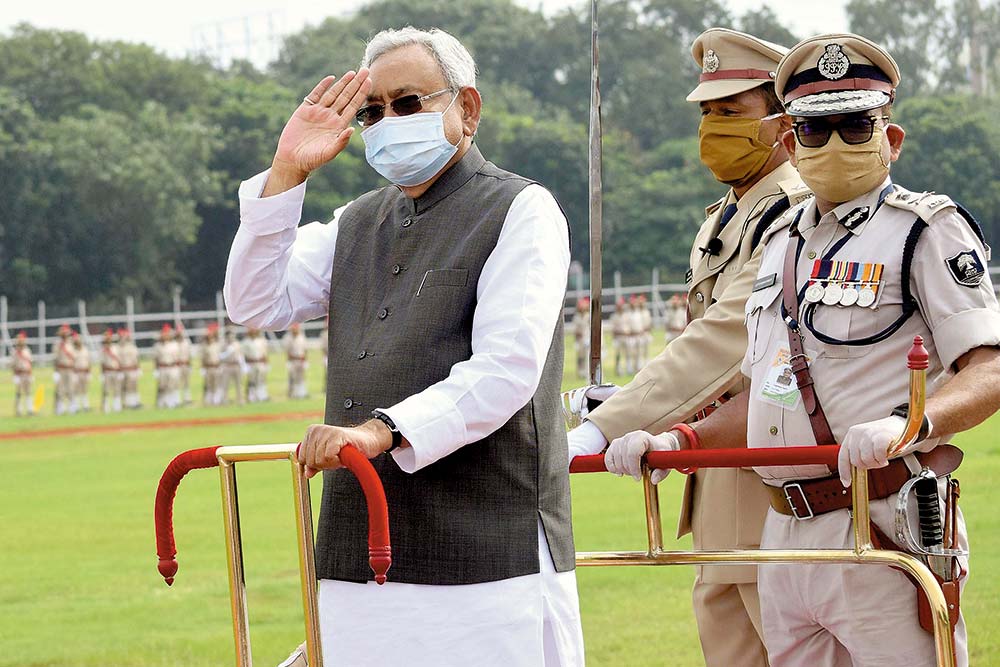 Bihar chief minister Nitish Kumar may have earned compliments for his administration’s zero-tolerance policy towards crime in his previous three terms—closing the insulting Jungle Raj repeat-phrase that defined the state before his rule. But his latest tenure has thrown up a big challenge on the law and order front. A spate of crimes—murder, abduction, looting and robbery—appears to have caught his administration unawares within days of him taking the reins again after the state elections this autumn that the JD(U)-BJP combine won after a close fight. Lawlessness in Bihar, right from the state capital to mofussil towns, stares in Nitish’s face. It has forced him to chair as many as three meetings to review the law and order in quick succession. Without mincing words, he told the cops to either pull up their socks or face action. The chief minister has more than one reason to worry about the crime graph moving up soon after the elections.

In the past few days, armed outlaws shot dead a woman schoolteacher, firing into her eye when she resisted...