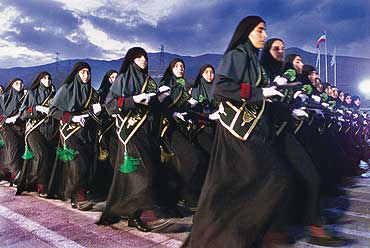 Is The Quran An Open Book?

Does the Quran justify violence?
Yes, when there is  persecution.

Has persecution  been defined?
Yes, when...freedom of religion is denied; or when people are oppressed; or their land is invaded

Is democracy  un-Islamic?
No, the concept of shoora or consultation in the Quran justifies democracy.

Do women enjoy  less rights than  men in Islam?
Yes, but largely because Islamic laws have been narrowly interpreted.

Is the Quran immutable?
All holy books are. Its interpretation isn’t.

Is Islam irrational?
No, the word ilm, or knowledge, is the  second-most used  word in the Quran.

A few days from now, it will be a month since kamikaze pilots crashed hijacked planes into the wtc towers and the Pentagon. And since a deft combination of images and commentary subtly...